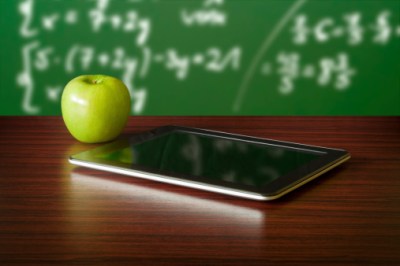 Source: Thinkstock
The Apple Inc. (NASDAQ: AAPL) Worldwide Developer Conference, or WWDC, filled the pages of financial and technology news alike. The conference centered on software with no significant blockbusters. Wall Street analysts, for the most part, kept their official opinions the same. The bulls stayed bulls. The holds remained holds. The sells persisted in skepticism. Here is what some of the analysts had to say.

Brian White at the firm Cantor Fitzgerald held to his Buy rating and kept the $195 price target for Apple the same. He liked the expansion in Apple’s “ecosystem,” such as the introduction of the iOS 9 and the watchOS 2. He represented his firm’s opinion that the market is unjustifiably bearish on the company.

Amit Daryanani, another Apple bull at the firm RBC Capital Markets, sees Apple’s stock heading toward $150 per share. He thinks the new software introductions will “entrench” Apple users, increasing their loyalty to the company.

Katy Huberty, at the firm Morgan Stanley, remains Overweight on Apple’s stock, with a $166 price target unchanged. She believes that services, such as Apple Music and Apple Pay, will contribute heavily to the company moving forward. Barron’s quotes her as saying, “We continue to see a bull case of 20% of profits from Services by 2017 as monetization of the user base improves with more personalization and new apps and services.”

Tim Arcuri, at Cowen, rates the company Outperform and sees the company’s stock price heading toward $140. He also likes the “ecosystem lock-in.”

Sundeep Bajikar, at Jefferies, has a Hold rating on Apple with a $135 price target. According to Barron’s, he saw the software introductions as “neutral” for Apple’s prospects.

The sells also found new steam for their opinions from the WWDC. Adnaand Ahmad and Jean Beaubois, at the firm Berenberg, held firm on their Sell rating for Apple’s stock. They do not like how the iPhone lies at the center of Apple’s product universe.

Moreover, Doug Kass at Seabreeze Partners is still a “perpetual Apple bear.” Barron’s quoted this insightful and interesting comment, “The business landscape is more competitive, and perhaps not as profitable as some project.”