Is Amazon Just Grossly Misunderstood In Its Value? 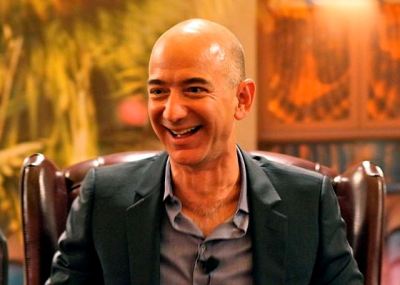 Source: Wikimedia Commons (Steve Jurvetson)
Amazon.com Inc. (NASDAQ: AMZN) is one of the strangest mega-cap companies of them all. It has grown massively in its twenty years, more than 15 of which it has been public. The public loves it, maybe to the point of addiction. There is just one small problem – Amazon just doesn’t make enough money as disruptive as its business model has been. What if that assumption of Amazon being overvalued or not making money is just wrong?

It is hard to argue against the notion that Amazon is valued in the stratosphere with its $215 billion market capitalization. Still, one well known portfolio manager thinks that Amazon has been and continues to be one of the hottest growth tickets of them all.

Below is a transcript direct from CNBC on the case for Amazon.com as a top investment. For the record, Amazon did close down almost 1% at $461.19 on Thursday.

KELLY EVANS: Good morning, everybody. Welcome. Hope you had a good coffee break. I think we’ll have a jolt of caffeine after this discussion, if nothing else, and so I’m going to get right to it. I’m so thrilled to be joined now by Bill Miller and Jeff Gundlach.

And there’s a lot of stuff we need to talk about, but just before we get into that, Bill, today is Amazon Prime day where you can get like a TV for $75. They’re celebrating their 20th anniversary. I think even at one point they were giving away a gift card if you bought a gift card or something like that, rendering one remark that you could basically be a 4X trader if you were involved with Amazon in some of these deals today.

But how are they making money on this? Do you still like Amazon as an investment?

BILL MILLER: Well, so full disclosure, I have known Jeff Bezos since before they came public. I spent some time with him last week. It is our largest position. We actually entered via some call options late last fall when they were down 30% last year. So what was the question again?

KELLY EVANS: So I guess you like it. How much of your fund is it?

KELLY EVANS: Okay. So you like Amazon here. Explain to people who say they are giving stuff away, they’re not making money, they’ve never turned a profit, why are they a good investment?

BILL MILLER: Well, people talk about they don’t make any money. What they don’t do is report much in the way of GAAP accounting profits. The way Amazon became public, they became public at a $400 million market cap. Today they have a $215 billion market cap. They have never sold any shares to the public, and they have billions of dollars of cash on the balance sheet. So if they didn’t make any money, where did all that come from?

So if you look at what correlates with Amazon’s long-term price growth, it is growth of gross profit dollars, so it’s the cost of goods sold, minus the sales, minus cost of goods sold. And those dollars are all invested one way or another. So that doesn’t comport with the way GAAP does things, but Amazon has earned very high returns on almost all the stuff which is why the market gives them the valuation that it does.

And one of the interesting things is AWS, Amazon Web Services, which we estimate will do close to $8 billion of revenues this year. The market was surprised with the growth in the first quarter because the operating margin was around 18%, miles ahead of what Amazon’s long-term sustainable operating margins are. And if AWS were a separately traded company growing at close to 100% a year, dominating the cloud business, if you look at other companies, things like Palo Alto Networks for example, LinkedIn in its high growth days, that would be worth ten times revs in the marketplace.

When they both have AWS and — $160 billion market value. So something with only $8 billion of — we estimate revenues would be half of Amazon’s valuation. There’s a lot of stuff like that buried in Amazon that people are unaware of.