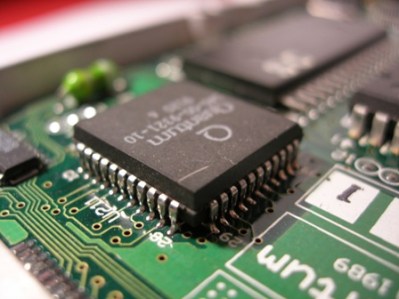 Quantum Corp. (NYSE: QTM) announced preliminary results for its fiscal first quarter and investors were not pleased. Ultimately, the company views this disappointment to weakness in the storage market.

Total revenue for the quarter was roughly $111 million, down from $128 million in the same period from the previous year. This also came in below guidance of $125 million to $130 million. As a result of the lower revenues, the company had a net loss on the quarter of approximately $7 million.

Thomson Reuters has consensus estimates for the fiscal first quarter of $0.01 in earnings per share and $128.39 million in revenue.

We’re pleased with our continued growth and momentum in scale-out storage but found the overall storage environment particularly challenging toward the end of the quarter. Most notably, the market for data protection in IT data centers was especially soft, as customers seemed to pull back on planned purchases and pricing for low-margin devices and media was under significant pressure. Based on discussions we’ve had with partners and announcements by other storage providers, we believe the pull back in planned purchases was consistent with a broader industry trend. At the same time, we see significant opportunities for upside in scale-out storage that could more than offset weakness elsewhere, and we remain focused on meeting our annual financial targets announced in May. We will provide more detailed financial results for the fiscal first quarter and further discuss the market environment and our outlook in our earnings announcement at the end of the month.