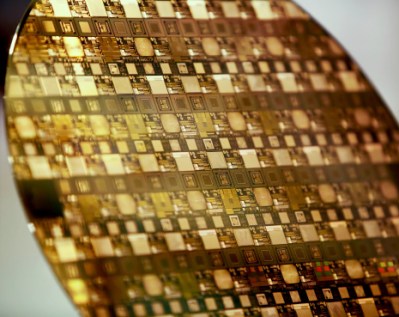 Source: Thinkstock
Applied Materials Inc. (NASDAQ: AMAT) reported fiscal third quarter 2015 results after markets closed on Thursday afternoon. For the quarter, the semiconductor manufacturing equipment maker posted adjusted diluted earnings per share (EPS) of $0.33 on revenues of $2.49 billion. In the same period a year ago, the company reported adjusted EPS of $0.28 on revenues of $2.26 billion. Third-quarter results compare to the Thomson Reuters consensus estimates for EPS of $0.33 and $2.54 billion in revenues.

On a GAAP basis EPS totaled $0.27 which included $51 million in inventory, restructuring, and impairment charges in the solar business.

In late April Applied Materials announced that its proposed $9.3 billion acquisition of Tokyo Electron was being called off due to regulatory concerns. Shares fell more than 8% on the day of the announcement and have fallen more than that since. Over the past 12 months the stock is down by about a third from its high.

For the fourth quarter of fiscal 2015, the company expects net sales to be in the range of flat to down 7% sequentially and non-GAAP adjusted diluted EPS is expected to be in the range of $0.27 to $0.31. The consensus estimates called for fourth fiscal quarter revenues of $2.51 billion and EPS of $0.33.

Applied is focused on profitable growth and the results show in our third-quarter performance when we delivered our highest ever 300mm semiconductor equipment orders and record revenue in services. Our highly differentiated materials engineering products help customers accelerate major technology inflections including 3D NAND, and this quarter we generated the highest flash memory orders in our history.

Although Applied Materials has the largest share of the semiconductor equipment makers with more than 16% of the market, the cancelled merger with Tokyo Electron would have given the combined company a more than a quarter of the market.