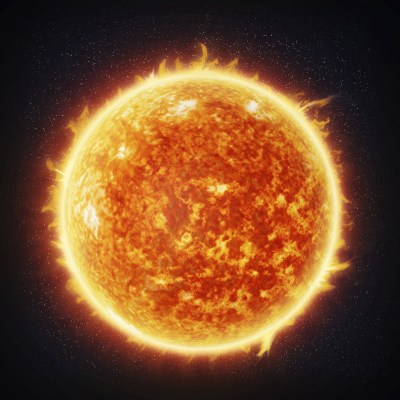 Source: thinkstock.com
Life-threatening heat engulfed much of the Western United States this past weekend. Above-average, triple-digit temperatures struck Phoenix, Tuscon, Los Angeles and other cities on Saturday, breaking records and prompting warnings from local officials. More than 200 all-time high temperature records were broken or tied in June this year, primarily in the Northwestern United States. Above-average temperatures were more widespread — 16 states logged above-average temperatures for the month. And a number of cities set all-time record highs.

Temperatures vary widely throughout the year, across North America, and over the course of history. The coldest temperature ever recorded in the continent was -81.4°F in Snag, a small village in Canada’s Yukon Territory. On the other end of the spectrum, temperatures reached a staggering 134°F in Furnace Creek, Death Valley, California on July 10, 1913.

Based on the most recent historical temperature data from the National Oceanic and Atmospheric Administration (NOAA), 24/7 Wall St. identified the cities where the hottest temperatures persist for the longest time. Yuma, Arizona leads the nation, with an average of 175 days of 90°F degree and above temperatures each year. By contrast, 73 cities report 10 or fewer days that reach at least 90°F.

While exceedingly high temperatures can contribute to drought and wildfire conditions, residents of these areas are not strangers to scorching summer heat. Not only is it the norm, but some economic activity relies on the heat. Farmers, for example, require at least four weeks of dry, hot weather before they can harvest hay.

Most of the hottest cities report very little precipitation over the year. While the majority of American cities see at least 100 days of rain each year, the annual average rainfall in all but two of the hottest cities does not exceed 75 days. It typically rains less than 20 days per year in Yuma, Arizona and Las Vegas, Nevada. More than half of the 10 hottest cities also have extremely low humidity levels.

To identify the hottest cities in America, 24/7 Wall St. reviewed the average number of days that temperatures of 90°F or higher were recorded in 274 U.S. cities. The statistics are from “The Comparative Climatic Data for the United States through 2012,” a report published jointly by the National Oceanic and Atmospheric Administration (NOAA), National Environmental Satellite, Data and Information Service, and the National Climatic Data Center Asheville, North Carolina. Averages for each city were calculated over periods spanning between 31 and 72 years, all through 2012. Record temperatures, monthly average temperatures, precipitation data, and annual average morning and afternoon humidity levels also came from the report. Precipitation data is based on the annual mean number of days with precipitation of 0.01 inches or more. The relative humidity is expressed as a percentage measure of the amount of moisture in the air compared to the maximum amount of moisture the air can hold at the same temperature and pressure. Average humidity values are given for morning and afternoon observations.

These are the hottest cities in America.