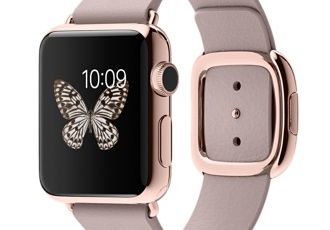 Source: courtesy of Apple Inc.
Short sellers must believe that a new iPhone 6s and Apple’s TV product will not be enough to maintain the luster the stock has enjoyed on Wall Street for years. Short sellers increased their interest by 13.7 million shares to 78.7 million for the period that ended on August 31.

Apple Inc. (NASDAQ: AAPL) ranks seventh among most shorted stocks on Nasdaq based on the total number of shares shorted. Investors expected the recent launch of new products would move its share price either sharply up or down. Neither happened. Since the day CEO Tim Cook announced the release of new products, Apple has traded in a tight range between $110 and $114. That is well short of the all-time high of $134, which Apple hit in February, and nearly reached again in mid-July.

The fact that Apple trades so far below the high is an ongoing indication that Wall Street worries Apple has not released a revolutionary product recently. It has depended, financially, on modest upgrades of the iPhone, which has been by far the largest foundation of its revenue. Apple has qualified its view about how large an opportunity iPhone sales are. Its sales in the Chinese market for the smartphone have to continue to rise sharply. However, the number of competitors Apple has in China, and a slowdown in its economy, may mute this growth. In Apple’s most recently reported quarter, Greater China sales rose quarter over the same quarter a year ago by 112%. Revenue from the region was $13.2 billion, against Apple’s total of $49.6 billion. None of the other geographic markets has shown sales growth potential even close to Greater China’s.

Apple’s plan of upgrading the iPhone to drive revenue has worked. Other product introductions, which include streaming video, upgrades of the Mac and iPad, and improvements of iOS, have done little to create excitement. Many investors wonder at what point slightly newer iPhones will no longer capture consumer attention.

For now, neither Apple’s price nor the short position in its stock indicates the company’s path will drive tremendous optimism.