Will the Last IBM Analyst Cutting Price Targets Please Turn Out the Lights? 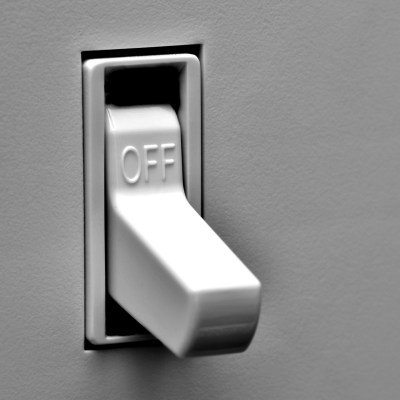 Source: Thinkstock
If you have been a reader of 24/7 Wall St. or other financial news sites which offer some skeptical perceptions for very long, you have probably been given reason after reason to become disenchanted when it comes to the valuation of International Business Machines Corp. (NYSE: IBM). Monday’s earnings report had IBM shares down $8.00 or so, and it makes for a reminder that rips off the basis for an old bumper sticker slogan: “Would the last analyst who cuts IBM’s price target please turn out the lights?”

Several brokerage firms went into more detail than the summaries below. The earnings summary showed just how bad this report was. If things continue at this pace, Ginny Rometty’s tenure will be at risk. Another issue is that IBM could pursue more layoffs in its cost-cutting efforts. Having Warren Buffett as the cheerleader in chief as IBM’s largest shareholder may only be misleading investors into thinking IBM is being run as a good company.

Credit Suisse has an Underperform rating, and it maintained the official lowest price target on Wall Street at $125.00 for Big Blue. Credit Suisse’s price target was not cut, but its earnings estimates sure were. That report said:

IBM posted another mixed quarter for its third-quarter of 2015, with revenues of $19.3 billion, again missing expectations, and EPS of $3.34, helped by lower tax rate. The company reduced fourth-quarter and Fiscal 2015 EPS sizably versus expectations, which we had previewed as being unrealistic. While the rest could be welcomed, our concern is that there remain continued declines in revenue and earnings per to come. We believe the secular and structural challenges that IBM faces remain, and specifically we see limited improvement both services margins and software growth.

Bank of America Merrill Lynch maintained its Neutral rating, but the firm cut IBM’s price objective to $160 from $170. The firm’s thesis is that IBM brought yet one more earnings reset and its wide range of earnings guidance just reflects a continued uncertainty. The Merrill Lynch investment rationale offers at least some positive comments despite the Neutral rating:

We view IBM as a defensive investment given its high exposure to recurring sales, cost cutting levers, solid balance sheet, potential share gains, and relatively stable margins. We believe IBM is going to embark on further cost cutting, and enhance its services and software offerings through acquisitions. Longer term, we view IBM as a share winner in the IT spending market. That said, we remain cautious near term on reset of estimates for operating expense investments, FX and divestitures.

Elsewhere on IBM, the following price target changes have been made and the analyst ratings were included if they were the equivalent of a Buy or a Sell rating:

ALSO READ: 9 Great Companies That Can Raise Dividends for a Decade