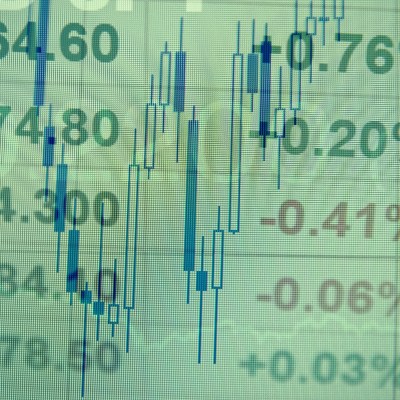 Source: Thinkstock
Investors still love dividends. They really love when companies raise their dividends and can keep raising them for years ahead. After all, anywhere from one-third to as much as two-thirds of total returns through time can be tied to dividends throughout the market cycles.

24/7 Wall St. has been tracking dividends, and buybacks for that matter, for years now. What really drives growth and income investors is when a dividend has ample room to grow for the next five or 10 years without much further economic growth assumptions. In short, investors want to be able to identify companies that can grow their dividends even if the economy stays only relatively healthy or remains flattish.

In this effort, we have identified nine large companies that either have a long history of dividend growth or that can easily grow their dividends for much of the next decade. As you might expect, some of these companies are Dow Jones Industrial Average (DJIA) components. Some were even picked by 24/7 Wall St. as companies to own for the next decade.

In order to avoid the unpredictable business cycle’s impact on the economy and in commodities, companies were excluded if they were in banking, technology and oil and gas, or if they were in commodities and mining. Those sectors can do very well, but we have all seen true flops in earnings power and their ability to generate excess cash. In order to qualify here, a company’s yield had to be at least 1%, and each company had to have either key drivers or pricing power in their products.

The one most obvious caveat that always exists with dividend growth and earnings growth is the economy. Any massive weakness in the economy can crimp even the best-run companies in the world.

Also included were most earnings payout ratios to make sure that companies were not paying out more than or anywhere close to their full earnings in the form of dividends. Many of these companies are buying back stock as well. Basic share price data, analyst targets, trading history, growth or earnings drivers, dividend history, and other color was included about these companies.

These are the nine companies that 24/7 Wall St. thinks should be able to keep raising their dividends over the next decade.

American Electric Power Co. Inc. (NYSE: AEP) now has a dividend yield of close to 3.6%, but the power utility almost certainly can keep raising its payout ahead. This was refreshed as one of our own 10 stocks to own for the next decade, and its payout ability is one reason, despite it still having many legacy systems that have been targeted by the EPA rules to be replaced. AEP’s dividend payout ratio of about 60% of income is lower than many electric utility peers.

AEP is also expected to post earnings per share growth of 5% or so ahead. Its history of dividends has not been a hike every year forever, but its earnings and payouts should be able to keep ticking higher and higher over the coming years to justify reasonable dividend hikes. AEP even launched the “Defend My Dividend” effort in the past, so how much more pro-dividend can a company be?

American Express Co. (NYSE: AXP) has been a business that is changing, and its earnings power seems to have reached a near-term peak while it gets past a changing environment and losing its Costco exclusive. American Express has managed to be a dividend hiker through time, but it has not raised its dividend every single year.

American Express is still a DJIA component and should be more and more outside of some financial oversight that has kept financial dividend sector yields lower. With a yield of only about 1.5%, the card issuer should almost feel embarrassed of its yield, considering that its stock is down 20% from its high. Its payout ratio is only about 20% of its stated earnings per share.