What's Up With Apple: $3 Trillion in View, No Notch and More

Reaching its historic $1 trillion market cap in 2018 took 44 years. Last August, just two years later, it reached $2 trillion. If it reaches $3 trillion this week, the company will have hit that milestone in just 15 months.

Eric Savitz, at Barron’s, cites four reasons why $3 trillion is likely to be just another mile marker on what appears to be a long stretch of open road ahead of the company. First, “Apple has become a haven for tech investors in times of turmoil.” In other words, Apple stock is the gold standard of tech.

Second, consumer demand for iPhone 13 continues to outrun supply, especially in China. Third, last week’s Appeals Court ruling gives Apple time (and a revenue stream) to add external links to its own in-app payment system. Most estimates think the appeal will take about a year to resolve.

Finally, innovation. Augmented reality/mixed reality/virtual reality headsets at reasonable prices are on their way. So are autonomous cars and trucks. Neither of those innovations has yet been baked into Apple’s share price estimates, according to Morgan Stanley analyst Katy Huberty.

Korean website The Elec reported last week that next year’s iPhone 14 will do away with the dreaded notch at the top of the display screen and replace it with a much smaller hole. MacRumors noted that Apple analyst Ming-Chi Kuo repeatedly has said that the notch is out and even created an illustration of what the iPhone 14 display may look like. The so-called hole-punch design is expected to be an exclusive feature on the high-end iPhone Pro and Pro Max models. 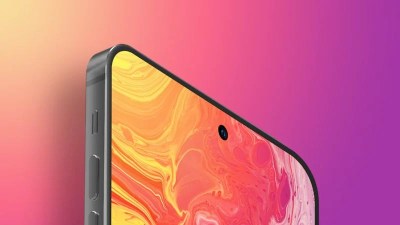 Last Thursday, a zero-day exploit called Log4j (or Log4Shell) was discovered in the hugely popular Minecraft game. Log4j is a bit of software code used by millions of servers around the world to maintain error and event logs. The list of companies using the code includes Apple, Amazon, Tesla and Twitter. Minecraft issued a fix for the bug on Friday.

Antimonopoly regulators in Poland have begun an investigation into Apple’s iOS devices to determine whether they violate the country’s competition law. Since releasing its App Tracking Transparency feature in April, Apple may have been seeking to eliminate “competitors in the market for personalised advertising services, the objective being to better sell their own service,” the Polish agency’s president said in a statement.