The Least Important Smartphone Launch Of 2010: The BlackBerry Torch 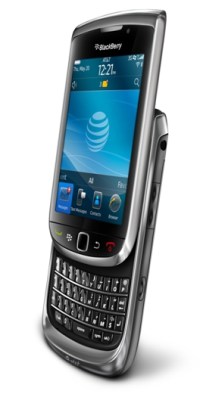 The clock has run down for Research In Motion (NASDAQ: RIMM) already. The Google (NASDAQ: GOOG) Android-based smartphones is made by a bevy of manufacturers. The Apple Inc (NASDAQ: AAPL) iPhone has taken so much market share from the old-fashioned BlackBerry that RIM has almost no brand equity left with consumers. And it is losing its place as the leader among the handsets used by businesses. Research surveys about smartphone market-share come out several times a month. All of them show that the BlackBerry and its operating system are well on the way to becoming relics

RIM has launched a new BlackBerry in an attempt to improves its fortunes. The features of the handset are new to RIM, but are not new to the industry at all. The new product is called the BlackBerry Torch 9800 The RIM press department said that AT&T (NYSE: T) and the Torch will “ignite” customers. AT&T’s wretched 3G system will douse the fire if the under-featured Torch does not do it more quickly. The phone company will be the “exclusive” provider of the handset. AT&T shareholders would blanch if the company paid anything to get that exclusivity.

The company said that:

BlackBerry 6 features a redesigned interface that seamlessly works with the touch screen and trackpad, includes expanded messaging capabilities with intuitive features to simplify the management of social networking and RSS feeds (Social Feeds), and provides integrated access to the BlackBerry® Messenger (BBM™), Facebook®, Twitter™, MySpace™ and various instant messaging applications available on the BlackBerry Torch smartphone. Its enhanced multimedia experience rivals the best in the industry and includes a dedicated YouTube app and Podcasts app.

It does what the Android and Apple operating systems do already, in other words.

The Torch has all the features a high-end smartphone should. It can run multimedia files or streamed content. It has built-in GDS, a camera, Wi-Fi, and video capture feature. The handset has a battery life of 5.8 hours. So the Torch does indeed have what ever other smartphone does, but from a company that very few people consider a leader in the field anymore.

There will not be any long lines around the block at AT&T stores as people stand in the wind, the rain, and the cold to get a Torch. Even if it comes with a personal autograph from Steve Jobs.