Apple May Beat Back Android With A 4G iPhone 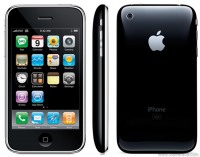 The state of the smartphone industry is based largely on the public’s perception of how well the Apple iPhone does against the legions of Android handsets.  Some Apple fans are concerned about the growing popularity of the Google operating system at the expense of the iPhone. What is true today may not be shortly. Several manufacturers who use Android have launched products for 4G super fast broadband networks. Apple’s iPhone does not run on these new systems and the company refuses to comment about when it will.

The amount of research about the market share, profitability, use, and sales of Google (NASDAQ: GOOG) Android-powered phones and the Apple (NASDAQ: AAPL) iPhone is tremendous.

Nielsen released data that showed 50% of smartphone buyers picked an Android device in the last quarter while 25 percent picked an iPhone. Nielsen found that 31% of those about to buy a smartphone wanted an Android handset. Apple fell slightly behind that. The battered BlackBerry was only the first purchase consideration of 11%. Research In Motion’s (NASDAQ: RIMM) new earnings showed the company’s dire predicament.  RIM shipped 13.2 million BlackBerry devices which means it has fallen not just behind Apple, but also less-well-known competitors like Taiwan’s HTC.

The 4G market is large. HTC will ship at least 10 million 4G based smartphones this year. It has already taken advantage of the billions of dollars that AT&T Wireless and Verizon Wireless have invested in LTE 4G and the $5 billion that Sprint-Nextel (NYSE: S) has invested in WiMax. The 4G market is not well-established in Europe or parts of Asia, but will be within a year or two. Now that the large US carriers have made their investments, they need to recruit customers to justify them. Verizon and AT&T market their new 4G networks as aggressively, if not more aggressively than the Apple flagship product. The need for customers forces them to offer HTC or similar products

The world’s No. 2 handset company, Samsung, has already launched a line of 4G phones for the US. So has  Motorola. These, added to HTC, will sell enough 4G enabled handsets to reach the 30 million mark in 2011. LG also has 4G models in the US market and all of these manufacturers will add new versions of their products as the year passes. It is reasonable to think that 50 million 4G smartphones will be sold in the US this year.

Conservative estimates are that Apple will sell 100 million iPhone units in the current fiscal year. Wall St. expects about half of those sales to be in the US and all of them will only work on 3G networks

The question the industry cannot answer or even reasonably forecasts is how many 4G iPhones would Apple sell in the US in the year after it is launched? Apple’s remarkably ability to launch a product which immediately takes a dominant share of market has been proved several times over. Some portion of the people who own iPhones currently would upgrade to a new version. Many people who bought handsets like the HTC Thunderbolt would convert. The iPhone has enough brand power to draw market share from other vendors as well as people who already own the company’s products. AT&T and Verizon would aggressively promote the new iPhone to drive their subscriber counts higher

One thing is certain. An iPhone 4G product would not be a success if sales failed to be a third or better of the current 50 million unit market. Apple fans would expect that number to be closer to 50%. The 4G market could double next year to 100 million in the US. Apple would have to sell 30 million to 50 million new iPhones to demonstrate that it still has the power to conquer markets. Apple iPhone 3G sales set a pace relatively similar to that in the fiscal year just past

A very successful Apple iPhone 4G would allow the company to take back share from Android. As the competition moves away from 3G, Android’s new numerical advantage should begin to fail.