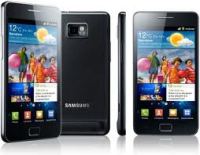 Following its recent court victory in a patent infringement suit, Apple Inc. (NASDAQ: AAPL) is seeking an injunction on the sale of a number of products from Samsung Electronics (OTC: SSNLF). Sterne Agee’s Vijay Rakesh has issued a note on the Samsung products that will be affected if the injunction is granted and the possible impact on the RF and PA (power amplifier) chip suppliers to Samsung.

Rakesh believes the Galaxy S, Galaxy S2 ATT, Galaxy 2S Tmobile, Galaxy 2S Epic 4G, Galaxy S 4G, Galaxy Prevail, Droid Charge, and Galaxy S2 are the devices that Samsung will not be allowed to ship into the U.S., but will still be available in other parts of the world. The Galaxy S3 and Galaxy Note could also be at risk for U.S. shipments.