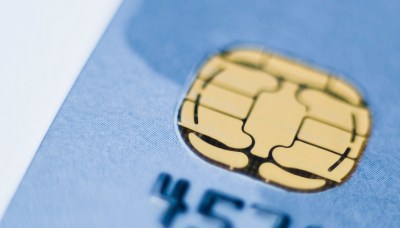 Source: Thinkstock
While the slowdown in personal computer (PC) sales, both in the desktop and laptop variety, put a severe crimp in the earnings estimates for chip giant Intel Corp. (NASDAQ: INTC), other top chip companies are nowhere near as dependent on PC sales for growth. A new research report from Bank of America Merrill Lynch sees continued currency headwinds and an ongoing slump in the PC arena, but smartphone strength could very well be a catalyst for top chip stocks not focused on PC sales.

In the report, the Merrill Lynch team was especially positive on the radio frequency (RF) chip makers. With seasonal Apple Inc. (NASDAQ: AAPL) iPhone builds and the debut of the new Samsung Galaxy S6 looking strong, the three first tier RF suppliers now control 90% of the market. If the analysts are right, RF chip stocks could be a solid bet for aggressive accounts.

Avago Technologies gets a huge chunk of its business from Apple and Samsung, and it is a big provider in the cloud/hyperscale data center and networking arena. In fact, the company recently announced it will demonstrate its latest optical transceiver technologies for next generation data center and enterprise storage applications. As data center networks transition to 100 G speeds to support higher bandwidth demands, technical challenges emerge across various levels of the network from storage endpoints to servers to top-of-rack and core switches.

Avago is also expected to be a huge winner in the fast growing 4G LTE market in China. Some analysts on Wall Street feel that the market could more than triple over the next few years and drive between 300 million to 400 million devices by 2017.

After being absolutely on fire over the past year, Skyworks Solutions does not look to be slowing down anytime soon. The Merrill Lynch team is very bullish on the stock, as evidenced by the much higher earnings estimates the firm has for 2016. The analyst is at $5.98 per share for the year, versus Wall Street’s $5.65. Merrill Lynch also cites the new product pipeline and content, which include the highly anticipated Samsung Galaxy S6 and Apple Watch.

Qorvo is the new company name after the merger of RF Micro Devices and Triquint Semiconductor, and the stock started trading under its new ticker in early January. The company reported outstanding earnings that were ahead of Wall Street estimates. While the first-quarter sales outlook was ahead of consensus, the number is down 16% year-over-year. The Merrill Lynch team feels that the synergies of the combined entities could bode very well for 2015 and beyond.

The Merrill Lynch price objective for the stock is $82, and the consensus target is higher at $83.19. The shares closed trading on Monday at $84.09.

While PC sales tend to be cyclical, and the cycle can take a long time to play out, smartphone use and new product introduction and sales are seemingly always right around the corner. For aggressive accounts, these stocks make good sense. Again, they have all run fast and far, so investors may want to scale in capital and see if a spring or summer sell-off doesn’t bring the price back in some.