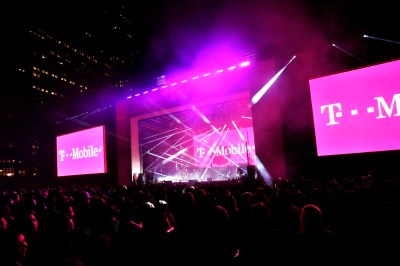 Source: courtesy of T-Mobile US Inc.
T-Mobile US Inc. (NYSE: TMUS) has been gaining wireless customers at a more rapid pace than its bigger rivals, and part of the reason for that success is that the company appears to be willing to try anything to get more subscribers. The latest plan is called “Jump On Demand,” a deal that allows subscribers to replace their phones anytime they want, up to three times in a year.

The plan allows subscribers essentially to lease a phone for a period of 18 months. A subscriber who keeps the phone for the full period of the lease can keep the phone by paying the balance. For example, an iPhone 6 costs $15 a month for 18 months (a limited time offer), and to keep it at the end of the term costs an additional $164 (a total of $434).

The subscribers who are most likely to take advantage of this sort of plan, though, are those who want the latest and greatest version of new hardware products as quickly as possible. The plan may also be a good choice for a new smartphone user trying to choose from among the many choices in the Android universe.

T-Mobile’s earlier version of this plan, called simply Jump, basically forced the other carriers to offer early upgrade plans of their own in order to remain competitive for subscribers. The Jump plan cost $10 a month, in addition to a device rental fee, and it included device insurance, but a more limited upgrade path. The new plan eliminates the monthly fee and decouples device insurance, though it is still available for $8 a month.

Once catch: subscribers to T-Mobile’s Jump plan need to pay off their current device before moving to the Jump On Demand program. The program becomes available on June 28 nationwide.