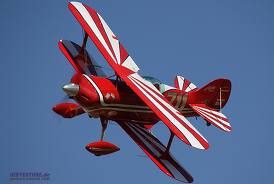 An industry that goes through a series of mergers usually has several losers, and suppliers are almost always among them.

A number of airline analysts believe that American Air (NYSE: AMR), which was once the largest carrier in the US,  may need to find M&A targets quickly to bolster its routes. AMR’s stock is down 15% this year.

The airline mergers hurt three groups badly. The first are airline employees, some of whom are almost always fired in carrier marriages. Otherwise, how would the carriers cut costs? Unions generally fight these layoffs, but ultimately some people lose their jobs.

Customers rarely do well in a consolidation. The merger of two sets of ground personnel and computer reservation systems cause glitches. Airlines use mergers to raise fares on redundant routes. Ticket prices move higher as fewer carriers fly from city to city.

The last losers in airline mergers are the large aircraft builders, Boeing (NYSE: BA) and Airbus. Larger airlines have more bargaining power because of the size of their fleets. Combining redundant routes usually means planes are taken off-line, which creates a large inventory of used, but in most cases, perfectly serviceable aircraft.

Boeing has finally come close to the launch of its Dreamliner and has ramped up production of its 737 and 747 planes. These actions may come at a time when industry consolidation, both in the US and abroad, will bring the demand for new aircraft down.