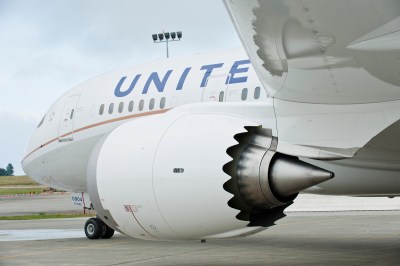 Source: courtesy of United Continental Holdings Inc.
Oil prices declined an incredible 52% over the past year, according to CNN Money, and trade around $49 per barrel as of this writing. This served as a boon to the bottom lines of the big three airlines, which saw lackluster top line results. These companies all saw significant decline in fuel costs, serving as a strong boost to their respective net incomes. Let’s take a look.

In its most recent quarter, Delta Air Lines Inc. (NYSE: DAL) saw its revenue increase a mere 0.8% year-over-year. However, its net income expanded a whopping 85.4% during the same time. This stems mostly from the 40% reduction in fuel costs year over year. Delta Air Lines actually saw a 3% increase in fuel consumption, but its average price per gallon went from $2.93 in the previous year to $1.70 per gallon.

United Continental Holdings Inc. (NYSE: UAL) fared worse on its top-line measure. In the most recent quarter, its revenue declined 4% from the same time last year. However, its net income increased 51.2%. Its reported aircraft fuel expense declined 32.1%, versus the same time last year, but United Continental saw its fuel consumption stay exactly the same. The company’s price per gallon went from $3.09 in the previous year to $1.98 this year.

American Airlines Group Inc. (NASDAQ: AAL) saw its operating revenue decline 1.7% in the most recent quarter, versus the same time last year. American Airlines saw its net income expand 94.2%. This company saw its fuel costs decline 42.2% while its fuel consumption decreased 2.1%. It reported a fuel price of $1.83, down from $3.10 the previous year.