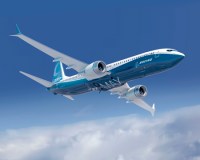 With the announcement of a commitment for 54 of its 737 aircraft, Boeing Co. (NYSE: BA) today took another shot at Airbus, the European Aeronautic Defense and Space Co. (OTC: EADSY), in an increasingly fierce battle for new plane sales. At list prices, the order will be worth $4.9 million to Boeing according to a statement from the company.

The buyer is SilkAir, a regional carrier owned by Singapore Airlines Ltd. SilkAir will acquire 31 of Boeing’s 737 MAX 8s and 23 737-800s once the order is finalized. First deliveries are expected in 2014.

In another big deal, Boeing also took an order for 40 737-800s from a subsidiary of China Southern Airlines Co. Ltd. (NYSE: ZNH) worth $8.3 billion at list prices. Deliveries are scheduled to start in 2016.

Boeing has completely turned the tables on Airbus so far in 2012, taking more than twice as many orders than the European maker. Last month Airbus accused Boeing of starting a price war to sell its new 737 MAX planes and a company spokesman made this frosty comment on today’s announcement:

We have no comment to make on the purchase decision by Silkair. However, Boeing has clearly made an extremely aggressive offer to win this deal in an attempt to catch up with the huge success worldwide of the A320 family.