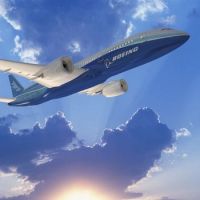 They are very aggressive when it comes to price. If they had a superior plane, they wouldn’t have to do that.

So far this year, Boeing has outstripped Airbus in new orders, and the 737 MAX is part of that success. The company did not decide until late last year whether to offer an upgrade to the 737 or to build an entirely new plane. When the decision was made to upgrade the older model, Boeing was at least a year behind Airbus in announcing plans for a more fuel-efficient single-aisle aircraft.

Perhaps that explains the aggressive pricing that Bregier complains about. After all, Boeing dithered around so long before finally reaching a decision that it had to do something to drum up enthusiasm for its new plane. Nothing like a low price to do that. Airbus is just whining again.