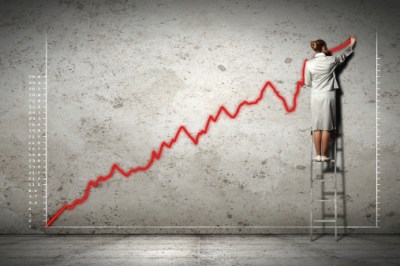 Source: Thinkstock
It’s been a slow recovery, but according to a recent report, U.S. economic growth is expected to pick up in the coming years. The nation’s economy grew by 1.9% in 2013. This year, the economy is projected to grow by 2.7%, and in 2015, it is forecast to grow by another 3.2%.

As nationwide growth accelerates, more and more local economies are expected to grow as well. While as many as 97 local economies shrank last year, the gross metro product (GMP) of only seven metro areas is expected to decline this year. In the case of Shreveport-Bossier City, Louisiana, the economy shrank more than 5%. On the other side of the spectrum, the economy of Midland, Texas, grew by 7.5%, the most in the nation. Based on data published by the U.S. Conference of Mayors and produced by IHS Global Insight, these are the nation’s fastest growing and fastest shrinking economies.

Many of the nation’s economies that contracted the most do not share much in common. These cities are geographically diverse, located from the Northeast to the Gulf Coast and the Midwest. They also have very different economies. Charlottesville, Virginia, and Binghamton, New York, are home to large universities, while in Decatur, Illinois, the largest employers are in the manufacturing sector.

While not all the metro areas with the fastest growing GMPs in 2013 share the same traits, many are benefitting from the U.S. energy boom. Midland and Odessa, Texas, benefit directly from energy production in their areas, while Fargo, North Dakota and Pascagoula, Mississippi are hubs of oilfield and shipping, respectively.

An important factor that can boost a local economy is trade, either with other parts of the U.S. or with other countries, Alec Friedhoff, senior research analyst at the Brookings Institution, told 24/7 Wall St. “Most of these places all have similar levels of locally-serving jobs — doctors, dentists, barbers, that kind of thing — but the question is how are these places bringing in [outside] income,” Friedhoff said. Midland and Odessa, the nation’s two fastest growing economies last year, both produce oil, which is always in high demand, while shipbuilding is a major contributor to the Pascagoula economy.

Local economies often rely on one production or trade sector. As long as the sector is booming, it can be a source of economic and job growth, but there can be a downside to this reliance. Local economies often follow the cycles of large companies manufacturing products for the global markets in their backyards, according to Friedhoff. “If you’re a small metro area depending on a vulnerable export sector, once that industry goes, you’re in big trouble,” Friedhoff said. In one prominent example of this, Caterpillar cut hundreds of jobs in Decatur last year in response to a global slowdown in the mining industry. Decatur’s economy shrank by nearly 5% last year, and no metro area had a larger proportional job loss.

In Metro areas where economic growth is strong, jobs frequently follow. Many of the nation’s fastest growing metro areas also had rapid job growth. Both Bismarck, North Dakota, and Midland were among the top 10 cities in each measure. Just one top rated metro area, Trenton-Ewing, New Jersey, had slower job growth than the U.S. overall. Unemployment was also typically low in many of the fastest growing areas, with all but one having lower unemployment rates than the U.S. November rate of 7%. Also, the four metro areas with the lowest unemployment rates that month were among the 10 fastest growing economies in the nation.

For slumping economies,however, the story was often quite different. Some of the metro areas with the largest GMP drops had extremely high unemployment rates. Among these was Yuma, Arizona, where an eye-popping 30.6% of the labor force was unemployed. Yet, both Lafayette, Louisiana, and Charlottesville, Virginia, had two of the lowest unemployment rates in the U.S. as of November despite their economies contracting last year.

Based on the U.S. Conference of Mayors’ most recent economic report, produced in conjunction with forecasting company IHS Global Insight (IHS), 24/7 Wall St. identified the metropolitan statistical areas with the largest growth and contraction in real gross metropolitan product during 2013. Figures for 2013 GMP growth are estimates. Employment changes for 2013, as well as forecasts for 2014, are also from the report. Unemployment rates are from the Bureau of Labor Statistics (BLS), are seasonally adjusted and reflect figures from October. We also utilized employment data from the BLS, as well as economic statistics from the U.S. Census Bureau’s 2012 American Community Survey.

These are America’s fastest growing (and shrinking) economies.