How Badly Could Boeing Be Hurt If Ex-Im Bank Closes Down? 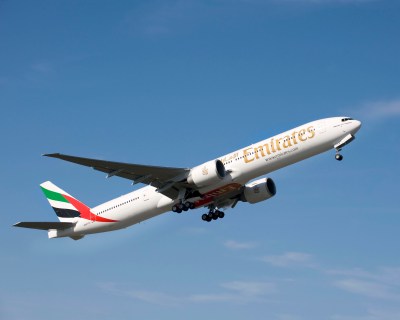 Source: The Boeing Co.
The Tea Party wing of the Republican party has declared that it will not support the reauthorization of the U.S. Export-Import (Ex-Im) Bank when the bank’s charter comes up for renewal at the end of September. If the bank is closed, Boeing Co. (NYSE: BA), which is the bank’s largest beneficiary, may face additional long-term credit risks, according to a new report from Standard & Poor’s.

Ex-Im Bank was established by President Franklin D. Roosevelt in 1934 and provides financing to support foreign purchases of U.S.-made products. The bank’s opponents call it a clear example of crony capitalism. The chairman of the House Financial Services Committee said at a hearing last month:

[I]f you’re a politically connected bank or company that benefits from Ex-Im, no doubt you would like it to continue. After all, it’s a sweetheart deal for you. Taxpayers shoulder the risk, you get the reward.

The bank’s supporters note that its fees and charges for loan guarantees generate income that exceeds its operating costs.

If the bank is shut down, the risks to Boeing do not come this year or next. In the years after that, however, if Boeing is to continue to sell its planes outside the U.S. the company will have to finance them itself or help the buyer arrange for other financing, and either course will increase the risk to Boeing.

About 15% of Boeing’s 2013 revenues flowed through Ex-Im Bank, and the company could be placed at a severe disadvantage to competitor Airbus, which receives financial support from the governments of the United Kingdom, France and Germany. Boeing accounted for about a third of all the Ex-Im Bank’s lending in the years between 2007 and 2013.

Boeing’s most expensive plane is the 777-300ER, which carries a list price of $320 million per copy. Emirates Air has ordered 120 of these planes and it is a sure bet that the airline is not paying list price for the aircraft and that it is financing the purchases through the Ex-Im Bank.

Not all U.S. firms are on the bank’s side in the reauthorization dispute. At last month’s House Committee hearing, the CEO of Delta Air Lines Co. (NYSE: DAL) said that his company is disadvantaged by the ability of competitors like Emirates to purchase planes with the assistance from the Ex-Im Bank.