Ten Cities Where Foreign Companies Create the Most Jobs 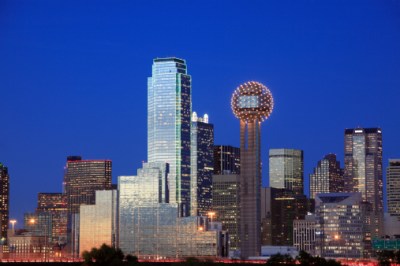 Source: Thinkstock
For decades, the United States has been a centerpiece of the global economy. Even in the aftermath of the Great Recession, foreign businesses have looked to the U.S. for investment opportunities and talent. According to a recent study from the Brookings Institution, 5% of American employees, or more than 5.6 million people, worked for foreign-owned businesses as of 2011.

Foreign direct investment — an investment by a foreign company either through acquisition of an existing business or by starting new company-owned operations — is a critical part of many metro area economies. In the Bridgeport, Connecticut metro area as many as 13.6% of employees worked for a foreign-owned business. Based on figures provided by the Brookings Institution, these are the 10 metro areas with the highest share of the workforce employed by foreign-owned establishments.

Many of the cities with the highest shares of employment from foreign businesses have large concentrations of businesses in a specific industry. In an interview with 24/7 Wall St., Devashree Saha, an associate fellow with the Brookings Institution’s Metropolitan Policy Program and a co-author of the study, said that foreign direct investment “tends to be attracted to these places … [largely because of] the strong industry clusters that are in these areas.”

For example, Bridgeport is home to a number of leading financial firms and investment institutions. Similarly, the automotive manufacturing industry in Detroit, the energy industry in Houston, and the technology industry in the San Jose metro area also draw in foreign businesses.

Yet not every metro area with a high concentration of jobs in foreign-owned businesses has a notable industry cluster. In fact, foreign direct investment, “pervades every sector of the economy, and it can be found in pretty much every geographic location,” Saha said.

While foreign investment can bring new jobs to an area, such as through the opening of a new factory or office space, this is hardly the only potential benefit. According to Brookings’ Saha, foreign investment “tends to be associated with higher wages, increases in trade, research & development spending, and productivity spillovers,” such as growth in human capital.

Based on the recent report, “FDI in U.S. Metro Areas: The Geography of Jobs in Foreign-Owned Establishments,” , 24/7 Wall St. reviewed the 10 metro areas with the highest share of private employees in foreign-owned enterprises. The report was published as part of the Global Cities Initiative, a joint project between Brookings and JPMorgan Chase (NYSE: JPM). Figures on foreign business employment, as well as the method of investment by these companies, is also from the report. Data on exports and output is from the Brookings Institution study, “Export Nation 2013,” which utilizes data from 2012. Figures on productivity, patent activity and educational attainment are from Brookings’ 2013 study, “Patenting Prosperity: Invention and Economic Performance in the United States and its Metropolitan Areas.” Figures from this study are for 2011. Data on per-worker output from this study are in base-year 2005 dollars.

These are the 10 cities where foreign companies create the most jobs.