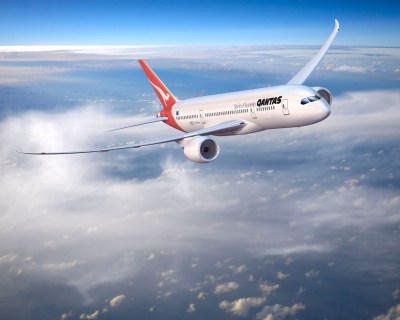 Source: The Boeing Co.
Australia’s struggling Qantas airline has deferred its purchase options on the first five of its total of 50 of Boeing Co.’s (NYSE: BA) 787-9 Dreamliners. And while that sounds like it is bad news for Boeing, it may not be.

The planes were originally scheduled for delivery to Qantas in 2016 and are now scheduled to be delivered in 2017.

The airlines had already cancelled 35 firm orders in 2012, at the same time bringing forward it options and purchase rights for 50 of the planes. Qantas had placed the firm order for 35 planes in 2004, according to a report at Australian Business Traveller.

Research firm Leeham said Thursday that the deferral gives Boeing some room to maneuver in its battle with Airbus’s recently announced A330neo, which is currently scheduled to enter service in the fourth quarter of 2017.

Boeing has committed all its manufacturing slots for the 787 through about 2020 and is working with customers to free up some of the slots. United Continental Holdings Inc. (NYSE: UAL) has already swapped some orders for the 787-9 for later deliveries of the larger 787-10. Boeing is also talking to leasing companies that have unplaced orders for as early as 2016 in an effort to get them to defer deliveries as the company tries to fend off the A330neo.

Boeing may not be able to drop the price of a 787-9 to less than $100 million to compete with the A330neo. Leeham notes that it may even reprice its lessor buyers a price somewhat lower than has already been contracted, hoping that the lessors will drop the lease price to their customers.

The company could be feeling a real squeeze, both on its ability to build the planes and its ability to hold the line on the price. The 787-10, which Boeing believes will be more economical to operate and therefore more attractive than the A330neo, is not set for first deliveries until 2018. Having the option to get more 787-8s and 787-9s into customers hands sooner is probably welcome news for Boeing.