What a Sikorsky Sale Would Mean for Lockheed and United Tech 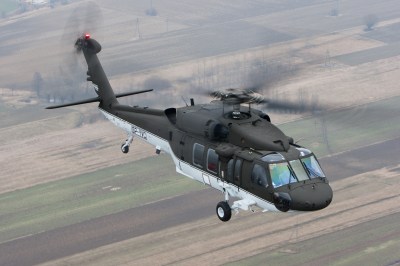 Source: United Technologies Corp.
The U.S. military industrial complex, or the defense sector, has already seen many mergers in the prior decades to the point that many investors and those in the public might think the wave of mergers has ended. You might not see any mega-mergers ahead, but chatter about a sale of Sikorsky is back in focus ahead of the weekend.

If the reports are accurate, it would be Lockheed Martin Corp. (NYSE: LMT) paying $8 billion or more to United Technology Inc. (NYSE: UTX) for the Sikorsky unit. Whether this deal actually comes about is a matter that time will decide. Still, what 24/7 Wall St. wanted to look into is whether this deal would be enough to move the needle for Lockheed — and whether it would be enough of a cash boost for United Tech.

Sikorsky is the UTC helicopter unit that has the famous Black Hawk helicopters, and this unit has been up for sale or potential divestment for a few months. It is also one of the largest helicopter makers globally.

As far as what it would mean for Lockheed Martin, it would be the largest deal for Lockheed since it merged with Martin Marietta in a stock merger worth roughly $10 billion at the time. The 1994 reports around that deal put the combined annual sales back then at roughly $23 billion. Now Lockheed’s combined market value is $61 billion and its 2014 revenue was $45.6 billion.

This potential deal might be considered more of a bolt-on deal had things been the other way around. It looks as though this would represent more than a bolt-on for Lockheed Martin as it would be a significant revenue booster. This sale would also help United Tech with its balance sheet and corporate plans ahead, and it may give it more spending money if UTC wants to pursue non-defense acquisitions to help the conglomerate boost its top-line and/or bottom-line results.

As with all merger chatter and reports, 24/7 Wall St. considers these as rumors until something official is reported by one of the companies themselves. Stay tuned.