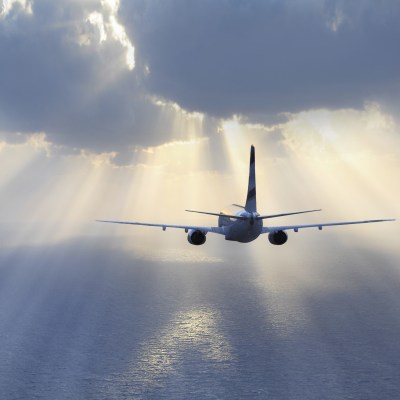 Source: Thinkstock
President Donald Trump’s first week in office was certainly eventful. The way the week ended, with thousands of Americans protesting Trump’s executive order on immigration and travel, was probably not how he planned it.

Among Trump’s list of countries from which air travel is restricted are Iran and Iraq. Both have large, firm orders with Boeing Co. (NYSE: BA). Following the deposition of Saddam Hussein, Iraq ordered 40 Boeing passenger planes, 10 787s and 30 737s. At the end of December, all 10 787s and 18 of the 737s remain to be delivered.

On the other side of the Atlantic, the departure of the United Kingdom from the European Union (aka Brexit) threatens to force investors in two of Europe’s leading low-cost carriers to sell their shares. Ryanair Holdings PLC (NASDAQ: RYAAY) and London-traded easyJet operate under European licenses and flying rights that require majority control and ownership by EU nationals.

If Brexit happens, as seems likely, Dublin-based Ryanair’s percentage of stock owned by EU nationals drops from 60% to 40%, according to a report in the Financial Times. It is also worth noting that Ryanair is one of Boeing’s largest customers with unfilled orders for 100 737s and 100 737 MAXs on the company’s December order book.

U.K.-based easyJet is currently 84% owned by EU nationals, but the percentage drops to 49% after Brexit. However the airline’s founder and largest stockholder is dual UK-Cypriot national, which is now classified as a U.K. owner. Following Brexit, and assuming no change in this status, easyJet will be just 16% owned by EU nationals.

London-based IAG, owner of British Airways, also must force non-EU investors to sell their shares within 10 days if the airline’s license is threatened, but the firm has declined to say what percentage of its shareholders would meet the EU national requirement.

The U.K. airlines affected by the licensing restrictions face the real likelihood of having to buy back their British shareholders’ stock at a premium.

Unintended, unforeseen consequences, both for Trump and Brexit. And for investors and shareholders.