US Air Force Getting Started on New Bomber Fleet

Included with the U.S. president’s $716 billion proposed military budget submitted earlier this week is funding for a plan to renovate and upgrade the nation’s bomber force. On top of a $2 billion increase in the fiscal 2018 budget, the fiscal 2019 budget seeks an additional $2.3 billion for the new B-21 long-range bomber.

The Air Force plans to retire the B-1B Lancer and B-2 Spirit bombers as the B-21 Raiders come online beginning in the middle of the next decade. The first B-1 bomber was delivered in the early 1970s and the B-2 delta-wing stealth bomber was first delivered in the mid-1990s. Northrop Grumman Corp. (NYSE: NOC) delivered 100 B-1s, of which only 20 are still flying, and Rockwell Collins Inc. (NYSE: COL) built just 21 B-2s. There is no order size specified for the Northrop-built B-21.

The Air Force also plans to update its B-52 “Stratofortress” bomber and fund an engine replacement for the plane that entered service in 1955. The renovation plan would keep the B-52 in service through 2050, nearly 100 years after it first entered the fleet. The Air Force requested $280 million in the fiscal 2019 budget for these upgrades to the B-52 force.

So, the Air Force is retiring two newer bombers, sticking with a 60-year old bomber, and designing a new one. The retirements are no particular surprise because both the B-1 and B-2 were expensive to build and are expensive to maintain. The money the Air Force does not spend on those can help offset the cost of the new B-21. At least in theory.

According to General Robin Rand, the Air Force’s Global Strike Commander, the nation’s bomber force has declined from a total of 290 bombers at the end of Operation Desert Storm (1991) to 157 today. 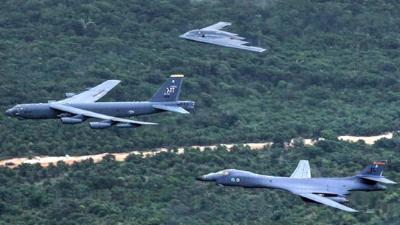