Tesla May Offer a Pickup to Take On Ford F150 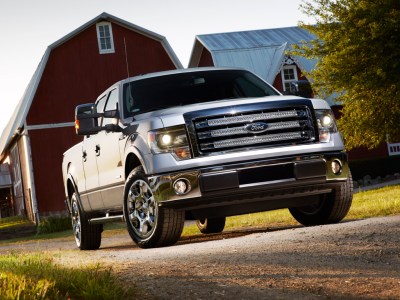 “That’s the best-selling car in America,” Musk said. “If people are voting that’s their car, then that’s the car we have to deliver.”

Despite three reported fires in Tesla S cars in the past six weeks, Musk feels there is no need for a recall. He is reported to have spoken with owners of all three vehicles that caught fire. No one was hurt, and all of them want replacement Model S cars.

Tesla posted better-than-expected third-quarter results last week, reporting that production increased by 10%, though the electric vehicle company still shipped only about 6,000 cars. Musk has plans to expand sales internationally and to build less expensive models, but those plans will take years to realize. Shares dropped 12% after the announcement.

Musk admitted that a Tesla pickup is probably five years away. First it has to bring out the Model X crossover SUV, which is set to start production late next year. The current Model S sedan has a starting price around $69,000, and the Model X is expected to price in a similar range. A less expensive, mass-market model is still on the drawing board.

But until Tesla can offer a car priced for more average consumers, and until it can ramp up production to satisfy demand, it is unlikely to pose a serious challenge to the big carmakers such as Ford or General Motors Co. (NYSE: GM). GM offers the Chevy Volt, which competes with Tesla cars.

Note that Ford sold 560,000 of the F series pickups in the United States through the first nine months of this year. In that time, Tesla sold a mere 14,000 of the Model S.