Where Does Mulally Go Next? 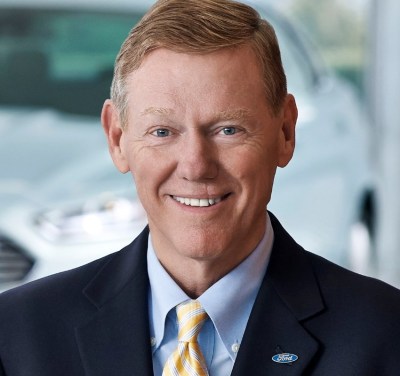 Source: courtesy of Ford Motor Co.
When Ford Motor Co.’s (NYSE: F) Alan Mulally leaves the company on July 1, it is pretty unlikely that he will find a park bench somewhere and begin feeding the pigeons. Invitations to join the board of directors of this company or that one will be thick on the ground, but Mulally might want to be a little closer to the action.

That would mean a private equity firm or hedge fund or, our favorite, an activist investor firm like, say, Icahn Enterprises L.P. (NASDAQ: IEP), where Mulally’s legend makes him an almost unchallengeable activist appointment to a target company’s board of directors. Think about it: which board chairman would stand up and say, “Carl’s trying to shove some unqualified bozo down our throat” if Mulally was the appointment in question. That would take a pretty brave chairman.

Kohlberg Kravis Roberts & Co. (NYSE: KKR) is another private equity firm that might take a run at enlisting Mulally. KKR and TPG Capital are struggling with the bankruptcy of Energy Future Holdings, the successor to TXU, which the two firms and their partners paid $44 billion for back in 2007. This is a situation that cries out for a turnaround artist.

And if Mulally wants to stay away from publicly traded companies, there are plenty of other opportunities. Bain & Co., Advent International and the already-mentioned TPG Capital are among a number of firms that might like to make Mulally an offer he couldn’t refuse.

We are not saying Mulally will go this route, but we think that there is a good chance that if he is interested in private equity, there are plenty of opportunities and the bidding will be intense.