Beware of the Coming Activist Bubble 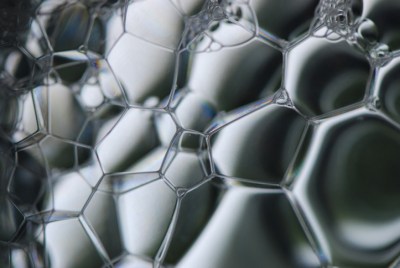 Source: Thinkstock
You have heard of all sorts of bubbles in the financial world. There are instances like the housing bubble, a bond bubble, the dot-com bubble, the tech bubble, the private equity bubble, and on and on. 24/7 Wall St. wants to introduce the term “activist bubble,” where too many super-wealthy advisors get too unruly in trying to milk out gains from stocks by pressuring companies into unlocking more shareholder value. We might not be in an activist bubble yet, but the trend of activist investing is getting to the point that a prudent investor might have to wonder if we are entering a new phase called the “Activist Investor Bubble.”

Just a few years ago, the common themes were out-of-control finances and out-of-control corporate leadership with no accountability to shareholders (nor to any moral hazards). The pendulum has now swung the other way, and perhaps it is starting to swing too far. Perhaps. Now anyone with access to millions of dollars or billions of dollars can aggressively go after a company for corporate governance issues. This can be over executive compensation, how a company should be capitalized, what forms of stock it should have, what terms it should have for a merger, whether it should split the roles of CEO and chairman, anti-takeover provisions, retirement compensation and on and on.

If you begged us to guess whether activism will grow or contract, we would think that activism will continue. Does that mean that there is not a risk nor that this is a bubble that will not burst and end badly for the public? Those are complicated issues and it may be quite some time before we know the answer. What is so interesting here is that the activist world very recently has targeted what may be hundreds of billions dollars worth of companies.

There are many instances where we cannot help but wonder if an activist bubble is helping to bolster many stocks. For starters, activists can often drive up a stock and create wonderful value. Sometimes they can get out of control, and sometimes they can go out and create absolute value destruction. The saying “there is no free lunch” is one that cannot be ignored, even by activists.

One big activist dilemma is General Electric Co. (NYSE: GE). GE is so large that forcing change is hard to do, but calls have been made over and over to break up the conglomerate’s empire. The problem is that weak units during one part of the business cycle act as cover for the other units when the business cycle changes. An activist might have said that GE needed to not cut its dividend during the recession, but this freed up enough capital that it probably saved quite literally tens of thousands of jobs at GE in the recession. Others have called for new leadership other than Jeff Immelt, while Immelt’s greatest blunders may simply have been that he took over after Jack Welch, when GE was trading close to 30 times earnings, and Immelt’s first day as CEO was quite literally a few days before the September 11, 2001 terrorist attacks.

A few powerful men with many financial backers behind them have gone after some really big companies. Again, this train is moving what is nothing short of hundreds of billions of dollars worth of companies. What you have not seen is why this may be a bubble. There is a serious risk in driving shareholder value in the short-term. Anyone can go in and propose layoffs, a spin-off, a recapitalization, a change in management and the like. The problem is that this effort can gut a company or it can merely be a win during one part of the business cycle.

Many efforts can be taken to unlock shareholder value. Special dividends can be issued. Debt can be taken on to pay a dividend or to buy back shares. Companies can go out and seek strategic alternatives. Companies can make their boards easy to change or they can get rid of any barriers that might lead to takeovers. There are dozens of more things they can do. The question to ask is whether creating short-term value comes at the cost of adding too much long-term risk. These risks are potentially serious issues that investors chasing activists have to consider.