Can Camaro Get Its Mojo Back and Beat Mustang? 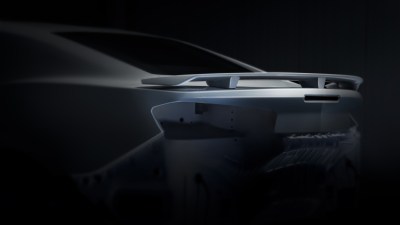 Source: General Motors Co.
The Chevrolet division of General Motors Co. (NYSE: GM) on Thursday sent around a new photo of the rear-end of its soon-to-be-introduced sixth generation Camaro. It is the view of the car that GM hopes will be clearly visible through the windshield of the Ford Motor Co.’s (NYSE: F) Mustang. For Chevy’s sake, it had better be.

The new Camaro is expected to get its public debut on May 16, and that’s not a moment too soon. So far this year, the new 2015 Mustang has sold 42,955 units in the United States, compared with just 24,229 units for the Camaro. Mustang sales rose 81.5% year-over-year in April, while Camaro sales fell 23.6% in the month. Year-over-year Mustang sales are up 60%, while Camaro sales are down about 15%.

The not-so-good news about the new Camaro, at least for workers at GM Canada, is that it will be built in the same Michigan plant where GM builds its Cadillac ATS and CTS cars, and about 1,000 Canadian workers will lose their jobs by December of this year. GM will continue to employ about 2,600 workers at the Oshawa plant in Ontario, where the company also builds the Chevy Impala, Buick Regal, Cadillac XTS, Chevy Equinox and Impala Limited.

There is also another new kid on the block: the Dodge Challenger from Fiat Chrysler Automobiles N.V. (NYSE: FCAU). The Challenger, like the Mustang, was redesigned for 2015 and has been a good seller for Chrysler. The car sold 6,771 units in April, only about 130 less than Camaro, and Challenger’s sales were up 32% year-over-year for the month. Year to date, the Challenger has sold 22,728 units, up 41% year-over-year.

There is no getting around the fact that American drivers really like new, fresh auto designs, and that may be a particular demand in the pony car niche. With three new cars to pick from, this is shaping up to be a real, um, horse race.