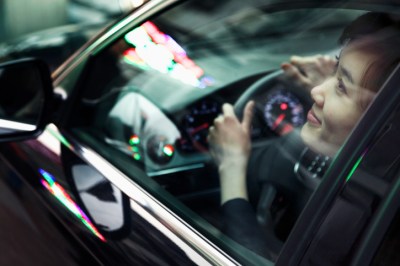 The latest version of the study was released Monday morning by Michael Sivak of the University of Michigan’s Transportation Research Institute. The study is based on data collected by the U.S. Federal Highway Administration.

Interestingly, even though women drivers outnumber men, your chances of, um, running into a male driver are still higher. That is because men drive more than women, but that gap is closing as well. In 1963 just 23.8% of drivers on the road at any given time were females, but that number rose to 40.8% by 2013.

ALSO READ: 10 Cars Americans Do Not Want to Buy

In general, the more women drivers on the road, the safer the roads are, at least according to data compiled by the Insurance Institute for Highway Safety (IIHS). In general, women tend to use seat belts more than do men, they drive less often under the influence of alcohol and they are less likely to be speeding.

According to the IIHS, “For every year from 1975 to 2013, the number of male crash deaths was more than twice the number of female crash deaths, but the gap has narrowed.” In 2013, male drivers accounted for nearly 11,000, or 70%, of all driver deaths in crashes where men were driving passenger cars.

Some 38% of male drivers killed in 2013 were driving with blood-alcohol levels above 0.08%, compared with 21% of women drivers killed while driving drunk. Men between the ages of 21 and 50 are the likeliest to be killed when driving drunk. The IIHS also noted that since 1980 the incidence of drunk driving has declined more among 16 to 20 year olds than through older drivers, but most of that decline came by about 1995 and has leveled off since.

Our takeaway: More women drivers driving more miles means that the roads are likely to be safer. We are strongly in favor of that.

ALSO READ: The States With the Most Deadly Accidents