States With the Most Drunk Driving 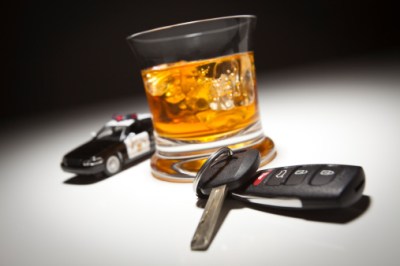 Source: Thinkstock
Drunk driving deaths fell by 23% between 2002 and 2012. But for much of the United States, drunk driving is still a problem. According to a report by the Foundation for Advancing Alcohol Responsibility, a research organization funded by the nation’s largest distillers, there were more than 10,000 deaths caused by drunk driving in 2012.

Many of the 10 states with the most drunk driving fatalities also had a relatively high number of underage residents who were involved in drunk driving accidents. Seven of these states were among the top 10 in total underage deaths related to drunk driving.

Click here to see the states with the most drunk driving

Perhaps not surprising, each of the 10 states with the most drunk driving fatalities also had higher per capita consumption of beer, than the U.S. overall, according to figures from industry trade group the Beer Institute. North Dakota ranked first with a per capita beer consumption rate of 45.8 gallons, while Montana, South Dakota and Texas also ranked in the top 10.

Also contributing to the distances drunk drivers cover, many of these states are sparsely populated. Seven of the 10 states with the most drunk driving deaths had a lower population density than the U.S. as a whole, according to figures from the 2010 U.S. Census. These include North Dakota, South Dakota, and Montana, which were among the most sparsely populated states in the country. This would suggest that the distance

24/7 Wall St. used data compiled by the Foundation for the Advancement of Alcohol Responsibility, which, in turn, derived much of its data from the National Highway Safety Traffic Administration’s (NHTSA) National Center for Statistics and Analysis . The NHTSA gathered data from state and local law enforcement agencies, as well as through both landline and cell phone interviews. The Beer Institute provided per capita consumption of malt liquor, referred to herein as beer, for drinking age adults in each state. UnitedHealth provided binge drinking percentages gathered from the U.S. Centers for Disease Control and Prevention (CDC). Binge drinking is defined by the UnitedHealth Foundation as consuming five or more alcoholic beverages on a single occasion. 24/7 Wall St. also used state population figures from the U.S. Census Bureau data for 2012.

These are the 10 states with the most drunk drivers.