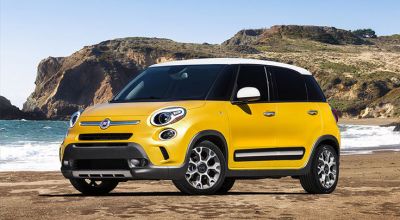 Source: courtesy of Fiat SpA
Not only does Fiat Chrysler Automobiles N.V. (NYSE: FCAU) have trouble improving sales of its Fiat brand, Fiat is also the slowest selling car in America based on the carefully followed “days to turn” yardstick.

… the average number of days vehicles were in dealer inventory before being sold during the months indicated.

Fiat’s grade in the J.D. Power U.S. Vehicle Dependability Study was dead last, with 273 problems per 100 vehicles sold. The industry average was 147. The best rated “nameplate” was Lexus at 89. The research company explains the criteria:

The study, now in its 26th year, examines problems experienced during the past 12 months by original owners of 2012 model-year vehicles. Overall dependability is determined by the number of problems experienced per 100 vehicles (PP100), with a lower score reflecting higher quality. The study has been enhanced in 2015 to better measure the quality of today’s vehicles, particularly related to new technologies and features now being offered. The study covers 177 specific problem symptoms grouped into eight major vehicle categories.

Fiat Chrysler management had hoped that Fiat might join the other successful nameplates the company sells, which include Chrysler, Jeep, Dodge and Ram. Instead, Fiat has become a boat anchor dragging on the parent’s sales and a major embarrassment for the manufacturer.