13 Cars That Cost More Than They Used To 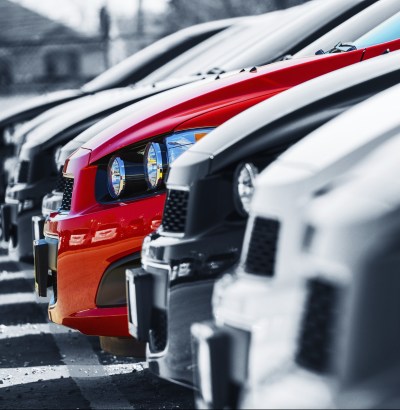 Source: Thinkstock
Every year, car manufacturers tinker with their lineup and introduce new makes and models in order to reach new customers and keep the brand image fresh. While this practice is important for automakers, it is the tried-and-true legacy brands — such as the Ford F-Series, the Toyota (NYSE: TM) Corolla and Camry, and the Honda (NYSE: HMC) Civic — that represent the biggest sellers in the U.S. auto market.

Many of the auto industry’s long-running models have been available for sale in the U.S. market for decades. While the actual look of many vehicles has been updated so much that they are nearly unrecognizable compared to their initial design, manufacturers continue to use them because they appeal to new and loyal buyers alike. As these vehicles’ looks have changed, so have their price tags. A Ford (NYSE: F) F-100 cost around $6,100 in 1980, which in today’s dollars is about $8,700 less than the cost of its modern equivalent, the F-150. With some other long-tenured brands, the difference was even greater. 24/7 Wall St. reviewed the 13 legacy car models with soaring prices.

Click here to see the 13 cars that cost more than they used to.

Every model sold today and that was available 35 years ago is more expensive now than it was in 1980. However, after adjusting for inflation, some models cost less, some more, and some far more. These 13 models cost thousands, and in some cases tens of thousands of dollars more than they did 35 years ago. In 1980, a Chevrolet Suburban had an estimated price tag of roughly $24,100 in 2014 dollars. The equivalent model sold in 2014 cost more than $47,000.

In an interview with 24/7 Wall St., Tim Fleming, analyst for Kelley Blue Book (KBB), explained that one reason for the differences in prices among these car brands is that despite still sporting the same names, the vehicles themselves have in some cases changed dramatically. “A lot can happen over 35 years in the auto industry.” For example, “The [Dodge] Challenger was a muscle car when it first came out [in 1969], in order to compete against the Camaro and the Mustang, and then [in] 1978-1983, it was sold as a little sub-compact car. In 2008, it was brought back as another kind of a pony car.”

The significant changes in the size of the vehicle, the quality of materials, the features and specs, and the target demographic can all potentially result in price changes over a 35-year period. The Toyota Land Cruiser, too, changed so much that the differences may explain its price increase. Through most of its earlier generations from its introduction in 1976, the Land Cruiser was a mid-size, off-road vehicle. The current version of the vehicle weighs roughly a ton more than the original car and is marketed as a full-size luxury SUV.

For the most part, automakers don’t keep a model around for decades unless it is popular. It is not surprising, then, that nearly all of these models with substantially increased prices are among the most popular vehicles in the country at the moment. Of the 13 models on our list, five are the most popular cars sold in the U.S. market, and 10 sold at least 50,000 units in 2014. Of the legacy models that declined in price or had less than a 20% price growth, half sold less than 50,000 units.

In order to determine the 13 cars with rising prices, 24/7 Wall St. considered historical model prices provided by Kelley Blue Book. To make the list, these models needed to have a 1980 and 2014 versions available for sale in the U.S. market. The 2014 model in each case had to be at least 20% more expensive than the 1980 retail price adjusted for 2014 dollars. Analysts at KBB provided price change estimates for each model based on their determination of the most similar versions of each model in 1980 and 2014.

These are the thirteen cars with surging prices.