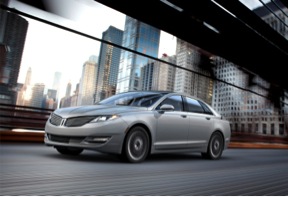 BMW and Mercedes can afford a lackluster month, because they are the category leaders, along with Toyota Motor Corp.’s (NYSE: TM) Lexus division. Last month, BMW Group sales dropped 0.2% to 32,161. However, BMW sales include MINI. Its sales without that count rose 2.1% to 26,970. For BMW, a small number of models caused the improvement, according to management:

Lincoln’s division has needed a rebound in sales for some time. There have been suggestions that Ford shutter the brand because it has posted such poor numbers. Sport utility vehicles (SUVs) pulled sales higher, as the segment posted an improvement of 21.3% over July of last year to 9,536. Lincoln car sales dropped 3.6% to 3,186. Led by sharp improvements in MKC and MKX sales, SUV numbers were up 39.3% to 6,350.

Even with a slowdown in Mercedes and BMW sales, raw numbers show the U.S. luxury brands still lag well behind. At least Lincoln has started to gain some ground.