7 Car Brands That Cost Less Than They Used To 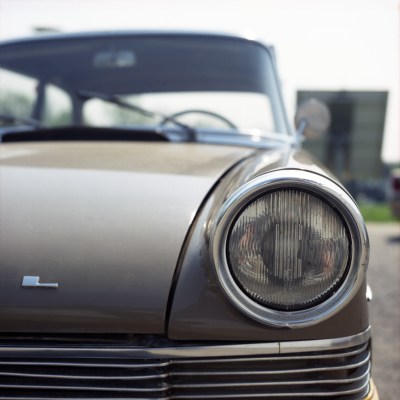 Every year car manufacturers tinker with their lineup and introduce new models in order to reach new customers and keep the brand image fresh. While this practice is important for automakers, it is the tried-and-true legacy brands — such as the Ford F-Series, the Toyota Corolla and Camry, and the Honda Civic — that represent the biggest sellers in the U.S. auto market.

Many of the U.S. auto industry’s long-running models have been available for sale in the U.S. market for decades. While the actual look of many vehicles has been updated so much that they are nearly unrecognizable compared to their initial design, manufacturers continue to use them because they appeal to so many new and loyal buyers. As these vehicles’ looks have changed, so have their price tags. A Ford F150 cost around $6,000 in 1980, which even in today’s dollars is about $8,700 less than what a modern F-150 cost. Some models, when adjusted for inflation, are actually much less expensive than their equivalents 35 years ago. 24/7 Wall St. reviewed the seven legacy car models with falling prices.

Click Here to read the 7 car brands that cost less than they used to.

Every model that was available on the market 35 years ago had a lower price tag than today’s MSRPs. But when adjusting for inflation, these seven models cost thousands of dollars less. In 2014 dollars, a Mercedes E350 had an estimated price tag of roughly $53,000. The equivalent model sold in 1980 would have cost $76,000, a $23,000 markup.

In an interview with 24/7 Wall St., Tim Fleming, analyst for Kelley Blue Book (KBB), explained that one reason for the differences in prices among these car brands is the fact that while the names have remained the same, the cars themselves have in some cases changed dramatically. For example, “The [Jeep] Cherokee was a full-sized SUV back in 1980. Nowadays, it’s a mid-sized crossover,” Fleming said. It may be the case that the change from a full-size to a mid-sized vehicle contributed to the nearly 7% decline in price.

Many of the legacy model names that are less expensive now than they were 35 years ago are luxury models. The BMW 5, 6, and 7 Series, the Mercedes SL-class, and the Mercedes E-class all are cheaper relative to the 1980 model price in today’s dollars. Fleming explained that this may have to do with the fact that many luxury automakers have modified their lineups to reach lower-income buyers. “We’ve seen this trend where these premium German luxury automakers are making entry-level luxury cars, near-luxury cars, that they can offer to people who maybe traditionally couldn’t have afforded it, or maybe it was just out of their reach. There’s been more of a move to get people into these premium luxury brands.”

Fleming added: “A lot can happen over 35 years in the auto industry.”

In order to determine the seven cars with declining prices, 24/7 Wall St. considered historical model prices provided by Kelley Blue Book. To make the list, these models needed to have a 1980 and 2014 version available for sale in the U.S. The 2014 model in each case had to be at least one percent less expensive than the 1980 price adjusted for 2014 dollars. Analysts at KBB provided price change estimates for each model based on their determination of the most similar versions of each model in 1980 and 2014.