Iconic Car Prices Then and Now 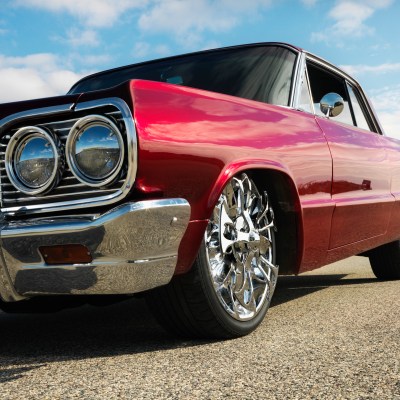 Source: Thinkstock
In the last 35 years, much has changed in the auto industry. Each year, in an effort to stay fresh in the eyes of consumers, manufacturers tinker with their lineup of cars, adding, removing and modifying models and makes. Some models are a flash in the pan, lasting only a few years before they are discontinued. Others go in and out of production over the years, while a few, like the Ford F-Series (NYSE: F) and the Toyota (NYSE: TM) Corolla, remain popular year after year.

Click here to read the prices of 25 iconic cars: then and now.

Every make and model of a vehicle available to American drivers had a far higher price tag last year than in 1980. After adjusting for inflation, however, the cost of many cars in real dollars was less in 2014 than it was in 1980.

Inflation was the biggest contributor to soaring sticker prices, but it certainly was not the only reason for the change. Aesthetic and technological improvements were also significant factors. In an interview with 24/7 Wall St., Tim Fleming, analyst for Kelley Blue Book (KBB), explained that despite sporting the same names, these vehicles have changed dramatically — as did their price tag. “A lot can happen over 35 years in the auto industry,” Fleming noted. He gave the example of the Dodge Challenger, which was actually known as a muscle car in 1969, when it was released. In 1978-1983, the Challenger was rebranded as a subcompact car. In 2008, it was yet again brought back as a pony car.”

In order to determine the changing prices over between 1980 and 2014 years, 24/7 Wall St. considered historical model prices provided by Kelley Blue Book. To make the list, these models needed to have a 1980 and 2014 versions available for sale in the U.S. market. Analysts at KBB provided price change estimates for each model based on their determination of the most similar versions of each model in 1980 and 2014.