Why Tesla Stock Is Finally Dying 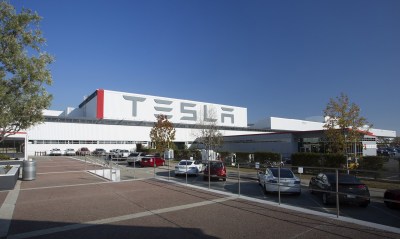 Source: courtesy of Tesla Motors
It has been a long time coming. Tesla Motors Inc.’s (NASDAQ: TSLA) market cap reached nearly $40 billion, which made it over half that of General Motors Co. (NYSE: GM). Despite its next generation technology, Tesla delivers 11,000 cars a quarter. GM’s figure has run about 2 million. No matter how good Tesla’s electric cars are, its valuation cannot be supported on any rational basis, and it has been caught by the gravity of skeptical traders.

Tesla’s shares peaked at $287 in September of last year and nearly reached that point in June of this year. However, the current price is a rally from $185 in late April. Shares, now trading at $232, will be back under $200 again.

Tesla’s real problem is not that production of its new Model X sport utility vehicle might hurt production of its older Model S sedan. Tesla does have limited production capacity. The trouble is not the high price of the Model X, which will put it out of the financial range of all but the 1%. Nor is it the wait for the $35,000 car that was promised, which will be dubbed the Tesla Model III.

Tesla’s problem is that the lines between its production and technology will be crossed by large manufacturers using the same electric engines, while Tesla struggles to sell 200,000 cars. Whatever its advantages today, they will be overcome by the long runway it has from being a novelty to being a real car company that has sales into the hundreds of thousands per year. Tesla forecast sales of 1 million cars by the end of the decade. By that time, Toyota Motor Corp. (NYSE: TM), BMW or some other huge manufacturers will churn out competition at a rate their factory capacity can handle, backed by slow but expert production development, iron-clad balance sheets, marketing and dealer networks. Five years from now, Tesla may have the best product, but it will not be enough to hold its position at the top of the all-electric car business.

Tesla’s stock value will fall because it will not have enough advantages to keep it anywhere near current levels.

ALSO READ: Do Diesel Cars Have a Future After VW Scandal?