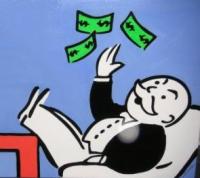 Few companies have a true monopoly in any market.  More common are “virtual monopolies” or “near-monopolies” that exist due to geography or brand recognition.  When consumers hear the term monopoly, the first thing that comes to mind is often price-fixing and other illegal business practices.  We are not accusing the companies we reviewed of any wrongdoing.

At one time, Forbes kept a Monopoly Index, but it only required for companies to have 50% or more in market share to be included.  Virtual monopolies or monopolies in the making don’t have that kind of market power, but they are plenty powerful.   Investors would be advised to consider the ones reviewed by 24/7 Wall St.

Netflix, Inc. (NASDAQ: NFLX) may not seem like a monopoly since it has many competitors.  The “monopoly in the making” is in the streaming and mail rental business.

Netflix is expected to have more than 19 million subscribers at the end of 2010.  Its growth may explode in the coming years   Back in April, Trefis Research predicted that it would eventually reach as many as 47 million subscribers.  That represents 39% of US households with DVD players.  Where Netflix wins is with its library of more than 20,000 titles and its flexible business model that accommodates streaming or DVD by mail.

To be sure, many companies do what Netflix does. Hulu is available for online TV and now movies.  Coinstar Inc. (NASDAQ: CSTR) has its Redbox rental kiosks and is expanding online.  Cable companies also offer video on demand for a fee though they have many free offerings as well.  Amazon and iTunes offer downloads of movies and television shows.  Vudu is another competitor, but its movie library has yet to approach a critical mass even though it claims to be the HD king

Netflix’s biggest risk is the movie studios.  Now that they have figured out how to win in the digital world where piracy is rampant, having access to the company’s distribution network will be far more cost-effective than dealing with smaller upstarts.  It seems that the biggest challenge for Netflix may be staying an independent company.  The stock is expensive, but that is how the stock market values future monopolies. 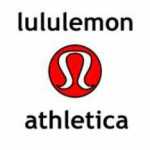 Lululemon Athletica (NASDAQ: LULU) is in a strange space… yoga.  Lululemon is a fast-growing business that may be a monopoly in the making.

A Yoga Journal piece from 2008 said Americans spend about $5.7 billion a year on yoga classes and products. This was up 87% from a previous study in 2004.  What it will be in 2012? Higher, of course. The company recently forecasted 2010 revenue of $645 million to $650 million.  Its biggest market is the U.S. but it it is also strong in Hong Kong and Australia.  The number of new markets for Lululemon to enter is almost endless.

Comparing about $650 million in annual sales to a business segment with some $5.7 billion in sales may not seem fair.  Here is a challenge: go find another large public company that dominates the yoga market.  Gap Inc. (NYSE: GPS) is one of the few threats to Lululemon with its Athleta  clothing segment which Gap acquired for roughly $150 million. Gap, though, has been troubled for some time.  Nike Inc. (NYSE: NKE) is a monster in sports apparel, and it did not skip yoga . Prana and dozens of smaller sportswear companies are also in the yoga business.

The closest competition is Gaiam, Inc. (NASDAQ: GAIA), which claims more than 8 million customers.  The problem is that Gaiam is worth only about $165 million and its revenues are expected to be about $278 million in 2010 and about $306 million in 2011.

The market capitalization of Lululemon is now a whopping $3.4 billion.  It is profitable and can expand through acquisitions to become exponentially larger than it us today. About the only thing that can hold it back is a possible takeover by a larger company.