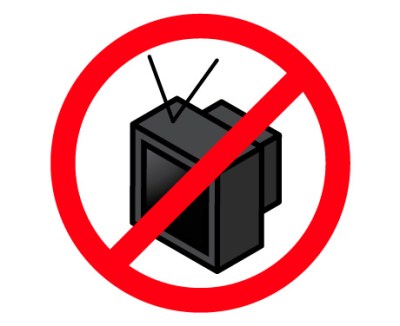 In the first nine months of 2010, manufacturers pushed some 52 million TV sets into their distribution channels. Unfortunately, only 38.7 million sets made it onto retailer shelves, according to research firm iSuppli.

That oversupply put a crimp in the earnings of suppliers to the TV makers, and that crimp is expected to get tighter in the fourth quarter as well.
Corning Inc. (NYSE: GLW) supplies a significant amount of the glass for TV sets, computer displays, and mobile phone handsets, as well as other glass-based products like the fiber optic cable used for broadband communications. Handset makers like Apple Inc. (NASDAQ: AAPL), Motorola Corp. (NYSE: MOT), and others use Corning’s glass in their smartphones. As a result, Corning’s third-quarter earnings benefitted from rising smartphone sales, but were hurt by falling TV and PC sales.
Corning reported EPS of $0.51, excluding items, a penny below estimates, and revenue of $1.6 billion, very near estimates of $1.61 billion. Sales fell sequentially by 6% although they were up 89% year-over-year. Profits were also off 12% sequentially, but up 21% the same period in 2009.
The company’s sales in its display segment fell 23% sequentially and 5% year-over-year. Corning expects glass demand to be no better than flat in the fourth quarter. Pricing is expected to fall “in the mid-single digit range” for the quarter, but it could be more.
Offsetting the decline in its display segment, Corning sees sales in its specialty materials growing 10%-20% in the fourth quarter. The growth is expected from sales of the company’s Gorilla brand glass, which is used in smartphones, tablets, and other devices. Sales in specialty materials grew 26% sequentially in the third quarter and 77% year-over-year. But display sales total about $645 million compared with $159 million for the specialty materials.

A 5% decline in display sales in the fourth quarter would cost Corning about $32.25 million in sales, while a rise of 20% in the specialty materials group would add in just $31.8 million. That’s not good math.
The company might also face some problems with Gorilla glass itself. Apple’s iPhone 4, which is encased in glass on both sides, has suffered from the glass cracking when the iPhone is put into a third-part case.Corning does not say, nor does Apple, that the iPhone 4 uses Gorilla glass, but Motorola, Samsung, and Dell Inc.(NYSE: DELL) all admit using Corning’s product.

If Apple is not using Corning’s super-strong glass, the problems with whatever glass it is using may drive the iPhone maker to Corning.
But Corning’s fortunes are more tied in the shorter term to display glass. If TV and PC makers like Sony Corp. (NYSE:SNE), Hewlett-Packard Co. (NYSE:HPQ), Dell, and others are forced to drop prices to sell products, Corning will get squeezed. Likewise, if Corning’s prediction for its fourth quarter display glass sales are accurate, the TV and PC makers could be in for some tough sledding this holiday season.
Paul Ausick