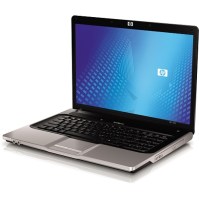 Hewlett-Packard Co. (NYSE: HPQ) is due with earnings after the closing bell today.  The problem is that there was a Bloomberg report that said that HP is set to spin-off its PC business.  You have to recall that H-P has spent billions putting together its PC, hardware, and services empire and now that Mark Hurd is gone the company only has a former SAP AG (NYSE: SAP) head (Leo Apotheker) running the show.

The news of the possible PC spin-off (call it a break-up) is only now being rivaled by reports that H-P is actually considering spending about $10 billion for Autonomy (AUTNY) for some $10 billion.  As a reminder, HP has been a rumored buyer of storage, software, IT, and other aspects of technology in many cases.  It has also actually spent billions doing so.  Bloomberg comments on both here.  As a reminder, M&A chatter should be treated as nothing more than rumor until a deal is confirmed.

HP now trades at about 6.4-times this year’s expected earnings.  Dell Inc. (NASDAQ: DELL) just gave earnings and guidance this week and it now trades at only 7-times this year’s expected earnings now that the stock sold off so much.  At $13.67, Dell is down from $15.80 before earnings and is down from $17.50 in late-July.  HP is now up on the day at $31.77 because of the PC spin-off report from Bloomberg but this was at $32.61 before Dell earnings and it was above $37 at the end of July.

The core issue here for H-P (and Dell) is that the love is found elsewhere.  Investors only care about Apple Inc. (NASDAQ: AAPL) in consumer electronics and personal computing devices.  There is just no other way to say it, whether HP has a more expensive tablet PC or not.

Also, the love in “IT Services” is all heading to International Business Machines Corp. (NYSE: IBM) as well.  While both H-P and IBM are both DJIA components, the $165 price handle really makes a difference in the weighting.  IBM’s 4.8% drop to $163.80 is actually causing much of the drop in the DJIA today.  IBM was a $185 stock in mid-July.  At 12-times 2011 expected earnings, the stock is cheap compared to the market but is actually not cheap at all compared to many other of the titans of technology.  IBM did unload its Lenovo business, but Dell is standing firm as long as you don’t look at its stock.

Many investors and traders will try to see if there is any hope for Research in Motion Ltd. (NASDAQ: RIMM) on this report today.  The truth is that RIM is just a coincidental dark bruise just like Palm was for HP.  HP has even dumped the Palm name and the WebOS is a “who cares” for most people today.  Both are suffering at the hand of Google Inc. (NASDAQ: GOOG) with Android and because of Apple Inc. (NASDAQ: AAPL).

H-P has some real issues in management.  Its board of directors is under tight control now under non-executive Chairman Ray Lane.

We are not going to issue any options analysis because of the volatility in the shares at the moment.  Keep in mind that options expire tomorrow.

HP shares were all over the place as the stock was initially halted after going positive but the news of another large buyout is just clouding things further.  Shares are currently down 2.9% at $30.50.