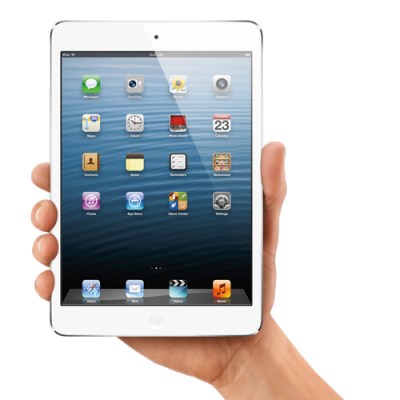 Source: courtesy of Apple Inc.
In May of 2010 only about 6% of U.S. adults aged 16 or older owned a tablet or e-reader. The iPad from Apple Inc. (NASDAQ: APPL) was introduced to the market in March of the following year, and by September of this year some 43% of America’s adult own one or the other of the devices. Tablet ownership now stands at 35% and e-reader ownership stands at 24%.

E-reader ownership was greater than tablet ownership until the end of 2011, when tablets pulled even with e-readers at 10% of all adults. Since then it’s really been no contest and tablets have widened their share of the market to the point where 35% of American adults own tablets compared with 24% who own e-readers. 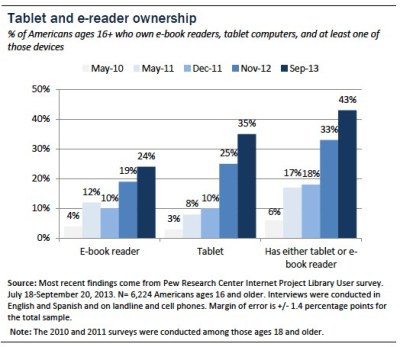 Some interesting data points from the Pew report: