Can A New COO Help Save BlackBerry? 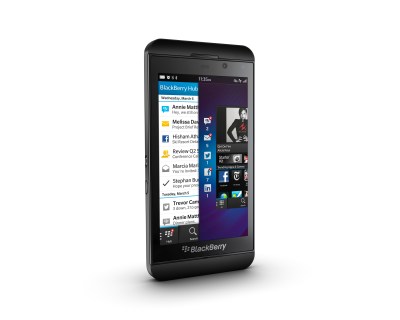 Source: Courtesy Research in Motion Ltd.
BlackBerry Limited (NASDAQ: BBRY) has a turnaround that remains caught between a rock and a hard place. The consumer move into iPhone and Android smartphones has sucked in almost all but the most loyal enterprise and corporate users. The move out of manufacturing and designing most of its own phones was one game-changing move, but now comes news that BlackBerry has named a new Chief Operating Officer.

News broke on Monday that Marty Beard will become COO, to lead marketing and development on the applications around the BB10 operating system. Beard recently ran LiveOps, a cloud-based software provider for businesses to manage their customer service/call centers.

Here is where the rub is. 24/7 Wall St. recently named Blackberry as one of ten brands that will die by the end of 2015. Can a new COO help curb this brand’s demise?

Beard is replacing Krtistian Tear after he departed BlackBerry in November. This departure was on the heels of John Chen taking over as CEO. We had been operating under the assumption that BlackBerry would not name a new COO. Maybe management decided that all of the post-layoff efforts could use some extra supervision and spear-heading.

Another issue to consider here is that Apple just announced in the last week that it was partnering with International Business Machines Corp. (NYSE: IBM) to build applications. As IBM targets corporations and enterprises almost solely, many investors feared that this was Apple sticking a fork into the BlackBerry heart. In fact, Blackberry shares fell from $11.30 ahead of that news down to as low as $9.70 after the news.

Where this gets really interesting is that the new COO announcement is ahead of new device launches with new mobile management software with secured messaging. The target here is enterprises – government, corporations, and other organizations.