Are Women Taking Over Video Gaming? 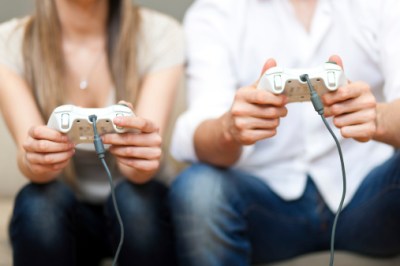 Source: Thinkstock
Women age 18 and older are now a significantly greater portion of gamers than boys 18 and younger. By more than two to one. More than a third — 36% — of women in this group play games, compared with just 17% of boys in the 18 and younger group.

The data were published last week by the Entertainment Software Association (ESA) along with other data points that are just as non-intuitive as the one we’ve already noted.

The first thing to keep in mind is how the ESA defines a gamer: it is anyone who plays any game on either a PC, mobile device or gaming console. Not everyone agrees with that definition. For example, Rob Williams at HotHardware doesn’t give in too easily:

For many, myself included, statistics like these challenge the definition of “gamer.” As someone who grew up with a multitude of consoles and spent a wee bit too much time gaming on the PC, I have a truly hard time calling someone who only plays mobile games a “gamer”. Mental hurdle aside, the reality is that anyone who plays games, regardless of the platform, is a gamer.

Overall, male gamers still outnumber female gamers, 52% to 48%, and the highest percentage of players come from the 36 and up age group. An average gamer has been playing games for 14 years. Men and women purchase games in equal numbers.

Looking at the types of online games played most often, casual/social games are cited by 30% of respondents and 28% cite puzzle, board game, game show, trivia and card games. Nearly half — 46% — play casual/social games on mobile devices and 31% play the puzzles and similar games.

Citing research from The NPD Group, the ESA reports that nearly 32% of video game units sold in 2013 were action games and 20% were shooter games. Sports games garnered 12.7%. Among computer games strategy games claimed a 38.4% share and casual games received a 28.3% share of units sold.

The top-selling video game in 2013 was Grand Theft Auto V, followed by Call of Duty: Ghosts, and Madden NFL 25. The top three selling computer games of the year were Starcraft II: Heart of the Swarm Expansion Pack, Sim City 2013, and The Sims 3: University Life Expansion Pack.

A mountain of other statistics related to sales, demographics and game usage is available in the ESA report.