Mobile Devices Account for Nearly 40% of All Video Viewing 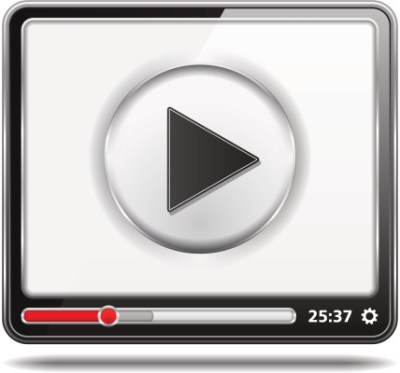 Source: Thinkstock
In roughly three and a half years, the global percentage of video viewed on a mobile device has risen from around 1% in August 2011 to more than 38% in December 2014. The month-over-month increase from November 2014 totaled 15% and is the largest monthly increase ever recorded by research firm Ooyala since launching its Global Video Index in 2011. The year-over-year index more than doubled in December, up 114% from the 18% recorded in December 2013.

The pace of growth is, perhaps, more impressive than the growth itself, which is pretty impressive on its own but was always expected. And the growth is likely to maintain its torrid pace as Verizon Communications Inc. (NYSE: VZ) launches its over-the-top (OTT) video service later this summer and other cable providers prepare to do the same thing. In the United Kingdom, for example, pay-TV provider Sky has announced a mobile voice and data plan.

Sitting in front of a TV screen armed with a refreshing beverage and a favorite snack remains the primary way people consume video. That includes a pay-TV subscription and, in many cases, an OTT service from Netflix Inc. (NASDAQ: NFLX) or Amazon.com Inc. (NASDAQ: AMZN).

Smartphones are catching up with the larger-screen devices in the amount of time viewers watched a video that was at least 10 minutes long. About 46% of video viewing on phones involves videos more than 10 minutes in length, compared with 70% for tablets, 63% for connected TVs and 62% for PCs. Smartphones lead other devices in viewing shorter videos.

ALSO READ: MacBook vs. Surface Pro 3: Who Wins, and at What Cost?

Ooyala points out that it is not so much the length of the videos as the sheer number of videos and the opportunity that the number creates for advertising. Based on data the company collected across Europe in December 2014, broadcasters pumped about 75% of their spend into desktop PC advertising and for content publishers the total going into PC advertising was 51%.

Ooyala notes that ad impressions remain high for PCs for many reasons, not the least of which is screen size, which allows more ads to be delivered at any given time. While the researchers do not say so, it seems clear that mobile devices will pick up more of the ad dollars as viewer numbers rise and the limitations of the smaller screens are overcome.