MacBook vs. Surface Pro 3: Who Wins, and at What Cost? 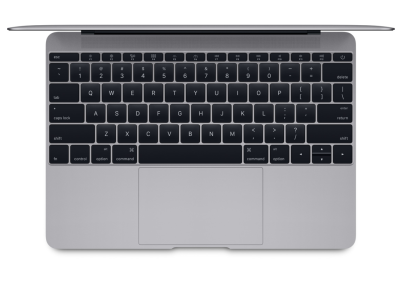 Source: courtesy of Apple Inc.
Apple Inc. (NASDAQ: AAPL) announced the release of its new MacBook on Monday, along with the release of its much anticipated Apple Watch. This could mean bad news for Microsoft Corp. (NASDAQ: MSFT) and the Surface Pro 3, the direct competitor of the MacBook. Or is comparing the two perhaps an apples and oranges comparison (no pun intended)?

24/7 Wall St. has compared the two competing PCs and included some of the tech specs and user features. Keep in mind that this comparison is between the base models.

The main difference between these two products is clearly the operating system. This undoubtedly will deter or attract the most customers, whether they are Apple loyalists or Windows enthusiasts. The MacBook operates with OSX Yosemite, or a UNIX system, compared to the Surface Pro 3, which comes with Windows 8.1 Pro. Ultimately this comes down to the preference of the user.

In this new version of the MacBook, Apple is trying something new. It has eliminated practically all the ports on the computer, save one USB-C port and a port for headphones. The sole USB-C port is used for charging as well as syncing other devices with the MacBook. The computer comes with a multiport hub that can split this port so users can have more connectivity outside of just the single charging port.

Another major deciding factor is the price. The new MacBook starts out at $1,299, while the Surface Pro 3 comes in cheaper at $799. Basically Apple levies a $500 premium on its product, but let’s now get into the specs for the base models.

Apart from these specs, another big difference is that the Surface Pro 3 comes with a stylus that can interact with its touch screen, while the MacBook has neither stylus nor a touch screen.

Apple’s MacBook makes a solid case for its premium with its memory and Retina display. The only category that the Surface Pro 3 really trumps Apple is in its processor.

CEO Tim Cook’s presentation on Monday also talked up how sleek the new MacBook is, saying it was hardly even there. Its specs show that it is barely 13 millimeters thick (or thin), with a 12-inch Retina display, and an official fighting weight of two pounds. The Surface Pro 3 is listed as 9.1 millimeters thick, the same 12-inch display, and an official weight of 1.76 pounds.