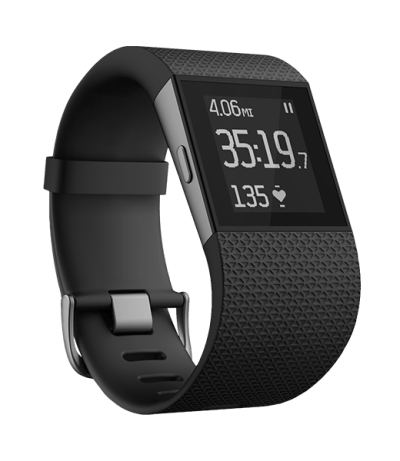 Source: Fitbit Inc.
The initial public offering (IPO) of wearable fitness device maker Fitbit Inc. (NYSE: FIT) went out the door Thursday morning with an opening price of $31.34 per share. Shares had priced at $20 on Wednesday, giving the stock an opening lift of 52%.

The company sold about 22.4 million shares and existing shareholders sold about 12.1 million in the IPO. Fitbit has a dual-share structure, but all the shares sold Thursday are Class A common shares.

Lead underwriters for the offering are Morgan Stanley, Deutsche Bank and Bank of America Merrill Lynch. Co-managers include Barclays, SunTrust Robinson Humphrey, Piper Jaffray, Raymond James, Stifel and William Blair. The underwriters have received an overallotment option from the selling shareholders for an additional 5.18 million shares.

Fitbit said in its IPO filing documents that it had sold 20.8 million of its wearable devices since 2009. More than half of that total was sold in 2014, and the company sold 3.9 million devices in the first quarter of this year.

ALSO READ: How Univar Was ‘The Other Hot IPO’ on Thursday

The high valuation (the company raised gross proceeds of more than $700 million at a market value of around $3.7 billion) and the opening bump to the share price may indicate that investors see Fitbit’s devices as a legitimate alternative to the Apple Watch from Apple Inc. (NASDAQ: AAPL). A recent estimate by online order tracker Slice Intelligence puts the number of Apple Watches sold in the United States at about 2.8 million.

The wearable device market is set to grow from 45.7 million in 2014 to 126.1 million by 2019, according to IDC. Of the total market, nearly 90% will be wrist-worn wearables in 2015, or about 41 million devices. When IDC published this forecast in March, the analyst noted:

The Apple Watch raises the profile of wearables in general and there are many vendors and devices that are eager to share the spotlight. Basic wearables, meanwhile, will not disappear. In fact, we anticipate continued growth here as many segments of the market seek out simple, single-use wearable devices.

It is way too early to predict the impact that Apple Watch will have on Fitbit devices, but investors Thursday are betting either than Apple will not hurt Fitbit’s business or that the market is going to be even bigger than IDC thinks. Either way, Fitbit is looking fit and healthy.