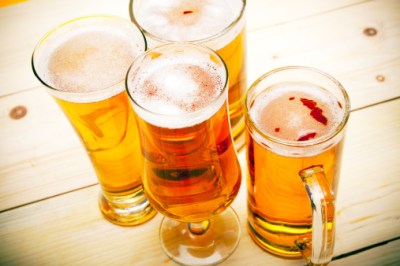 Anheuser-Busch sold the South Korean brewer to KKR in 2009 for $1.8 billion, as part of an effort to reduce its debt following its merger with InBev. Anheuser-Busch InBev had an option under the terms of the original sale to buy back Oriental Brewery by July 2014.

We are excited to invest in South Korea and to be working with the Oriental Brewery team again. OB will strengthen our position in the fast-growing Asia Pacific region and will become a significant contributor to our Asia Pacific Zone. The management team at OB has done a tremendous job of growing the business over the last few years into the leader it is today in South Korea.

Since being sold to KKR, Oriental Brewery has grown to become the largest brewer in South Korea, and its Cass has become the number one beer brand in the nation.

Beer sales in South Korea are expected to grow by more than 13% between 2012 and 2022, the companies said. The rapid growth of the Asian beer market has also lured other global producers to the region. Carlsberg, Heineken and SABMiller have all made moves in Asia.

The deal comes just a week after Suntory of Japan agreed to pay $13.6 billion to buy Beam Inc. (NYSE: BEAM).

Oriental Brewery will remain headquartered in South Korea and operate under its current name, and CEO In-soo Chang will remain in charge.

The transaction is subject to regulatory approval in South Korea and other customary closing conditions, It is expected to close in the first half of 2014.