Whiskey Maker Beam to Be Swallowed Up by Suntory 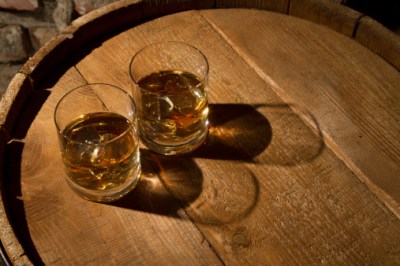 Source: Thinkstock
Beam Inc. (NYSE: BEAM), the maker of Jim Beam and Marker’s Mark alcohol brands, has agreed to be acquired by Japan’s Suntory Holdings. Suntory will pay $83.50 per share, which is a 25% premium to Beam’s Friday closing price of $66.97. The deal’s total value, including Beam’s outstanding debt, was placed at about $16 billion.

The two companies were already well-acquainted. Suntory distributes Beam’s products in Japan, and Beam distributes Suntory products in Singapore and other Asian markets. Beam’s brands will join those of Suntory, which include whiskies Yamazaki and Hakushu, as well as Midori liqueur.

The deal will create an international alcohols conglomerate with net sales of $4.3 billion. That is more than competitor Brown-Forman Corp. (NYSE: BF-B) but less than Diageo PLC (NYSE: DEO). Beam’s president and chief executive officer, Matt Shattock, and the current Beam management team will continue to lead the business from Beam’s headquarters near Chicago.

Together we will be a global leader in distilled spirits with the #3 position in premium spirits and a dynamic portfolio across key categories. With particular strength in Bourbon, Scotch, Canadian, Irish and Japanese whisky, the combined company will have unparalleled expertise and portfolio breadth in premium whisky, which is driving the fastest growth in Western spirits.

The boards of both companies unanimously approved the transaction. It is expected to close in the second quarter of 2014, pending approval from Beam shareholders and other customary closing conditions.