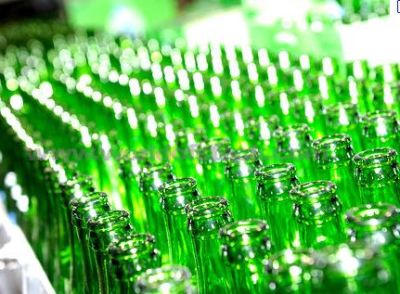 After three years of declining sales, shipments of domestically sold beer are up by more than 1% in the United States this year. Sales of light beer and specialty beer, such as Budweiser Light Platinum, Shock Top, and Blue Moon, have been the driving force in the resurgence of U.S. breweries.

While sales of specialty, craft, and small-market beers have improved dramatically, many of the traditional, full-calorie beers that were once the staples of most breweries have fallen behind. In the five years ending in 2011, sales of Budweiser, which was once the top-selling beer in the country for years, have fallen by 7 million barrels. Sales of Michelob are down more than 70%. Based on data provided by Beer Marketer’s INSIGHTS, 24/7 Wall St. reviewed the nine large — or once-large — beer brands with a five-year decline in sales of 30% or more.

While regular, full-calorie beer was once the mainstream, now light has become the primary beer of choice. Budweiser, once by far the most popular beer, has now fallen to third place in domestic sales, with 17.2 million barrels shipped in 2011, compared to Coors Light’s 17.4 million. The U.S. beer leader is, by a long shot, Bud Light, with 39.15 million barrels sold last year.

Budweiser did not quite make the 30% decline in sales cutoff for our list, but many other traditional brews did. Old Milwaukee, Milwaukee’s Best and Miller Genuine Draft have all lost 50% of their sales since 2006. Michelob shipped 500,000 barrels domestically in 2006, but sold just 140,000 in 2011.

While light beer has supplanted full-calorie beer in popularity, sales of most leading light brands have been flat over the past several years. In fact, many of the beers on our list with the biggest declines are light beers that either didn’t catch on or faded out of popularity.  In an interview with 24/7 Wall St., Beer Marketer’s INSIGHTS executive editor Eric Shepard explained that it is specialty beers and craft beers — not light beer — that have eaten into sales of traditional full-calorie beer in the past year.

Shepard explained that like most major brand-centered industries, the beer industry has entered a period of aggressively marketing new brands and flavors. “I think that part of the reason that brewers felt we had three down years was primarily the economy… but it was also a lack of innovation, and so now you’re seeing [the beer industry] rev up these things,” he said. “The buzzword for this year was innovation.”

To combat the growing popularity of craft brews, major breweries such as Anheuser-Busch Inbev (NYSE: BUD) and MillerCoors have aggressively marketed their own specialty beer. Bud Light Platinum, which debuted during the Super Bowl, has been very successful, beating most expectations. Shock Top, also produced by Anheuser-Busch, sold 600,000 barrels last year, more than double the previous year’s sales. Another Belgian white beer, Blue Moon, which is sold by MillerCoors, was the 18th-most popular beer last year. Shepard expects the focus on nontraditional brews to continue at least through next year. This will likely further reduce sales of the declining brands on our list.

24/7 Wall St. identified the nine beers Americans no longer drink based on INSIGHTS top 50 beer brands with at least 500,000 barrels in sales in either 2006 or 2011 with sales declines of 30% or more over the same period. Sales for flavored malt beverages and craft beers were excluded from the analysis.

These are the nine beers Americans no longer drink.