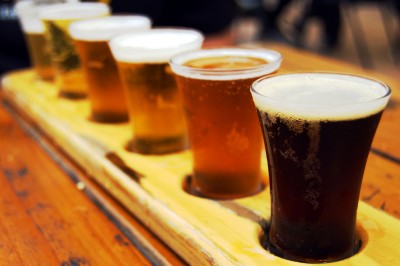 Some of America’s most famous beers have lost a tremendous amount of their national sales over the last five years. Mostly, they are full-calorie beers, and they have lost sales to lower-calorie products, as well as imports and craft beers. 24/7 Wall St. looked at the 23 largest selling beer products in America and found eight that have lost a staggering 30% or more of their sales between 2005 and 2010.

Most of the beers whose sales declined that much have one thing in common — they are “full-calorie” beers, or about 145 calories a can. Instead, beer drinkers have turned to “light beers,” which have 100 calories a can, and “ultra-lights,” which are closer to 90 calories.

Surprisingly, Budweiser, the best-selling beer in America for years has lost 30% of its sales over the five-year period. Given that Budweiser sold 18 million barrels last year, this is a massive loss – more than 7 million barrels less. Sales of Bud Light, on the other hand, held steady at just over 39 million barrels during the five year period. Six products on our list have lost half their sales since 2005.

24/7 Wall St. used two databases to do its analysis. One is kept by SymphonyIRI Group, one of the largest consumer research firms in the U.S. The other is from specialist research firm, beer marketer’s INSIGHTS, Inc.